A STITCH IN TIME really is a lovely little movie.

Set in Sydney, it tells the story of Liebe (Maggie Blinco). Liebe is a gentle woman to whom life has never been kind. Orphaned at a young age, she fell in love with an awful man. She’s lived with him for fifty years at this point, and he’s still referring to her as a stray, annoying dog.

However, Liebe is far more than she appears. Whilst she seems downtrodden and hopeless, her choice to always be kind is a decision she makes daily. Inside, she is a tower of strength and authenticity. This film is about her learning to tell the difference between those who appreciate her kindness and passion, and those who would exploit it. It’s a film about her making new and better friends, and making them family.

With his support, Liebe takes the plunge. She leaves her past behind. And she starts working toward her dream. She wants to be a bespoke dressmaker. And the dresses she makes are glorious. Her perfectionism, which made her life so miserable before, becomes a strength. Her kindness is finally rewarded.

An aside: It took me a little while to recognise the dresses. They’re Kitten DÁmour, an Australian dressmaking company. They specialise in elegant vintage style clothes. It turns out I already follow them online, so that was a nice moment of recognition. The dresses of Kitten DÁmour were the perfect choice to be used as Liebe’s sewing style. They are elegant, old-fashioned, and are created with a Liebe-like attention to detail. Good thinking on the part of both filmmakers and dressmakers.

A STITCH IN TIME is a comedy. But being an Australian comedy, there are some real gut punches. We see characters make some terrible decisions. Maybe some decisions we regret making ourselves. Personally I love a comedy that gives the occasional gut punch, so this was right up my alley.

The film is a bit clunky in parts. Some of the scripting doesn’t quite run off the actors tongues. But then, those moments felt very real and awkward. As they stumble over words and mannerisms, we learn so much about the characters. So maybe that was a choice by director and writer Sasha Hadden. Honestly I think it works in this context.

A STITCH IN TIME is life affirming and visually beautiful. It’s a lovely meandering tale, perfect for a relaxing afternoon at the cinemas. It’s compassionate, and full of hope. It tells stories of migration, change, forgiveness, and knowing you deserve better. Plus the fashion is top notch.

A STITCH IN TIME is a film that feels like you’ve had a bad day, and you’ve had a big cry about the unfairness in life. And then you’ve changed into your comfiest pyjamas, made yourself a hot cup of tea, and snuggled into your couch for the remainder of the evening.

I am excited to see where Sasha Hadden and his creative team goes next. 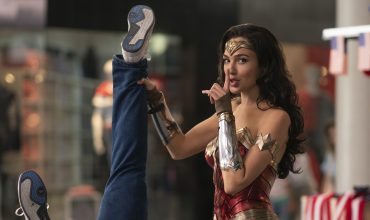 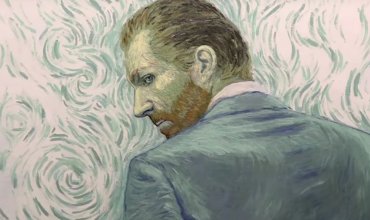