Tim Burton’s and Disney’s ALICE IN WONDERLAND (2010) now has a sequel, ALICE THROUGH THE LOOKING GLASS, this time directed by James Bobin of THE MUPPETS (2011) and television’s Flight of the Conchords.

When we left Alice (Mia Wasikowska) in the first picture, she was about to jump aboard her father’s ship,The Wonder, and embark on a colonialist adventure in the Far East. ALICE THROUGH THE LOOKING GLASS picks up the tale with Alice fighting pirates in a full-on action set-piece.

She eventually arrives in 1874 London. She has been on a three-year journey and is now an experienced ship’s captain. She immediately runs into the stifling attitudes of Victorian society she escaped from initially. Her mother (Lindsay Duncan) is in financial difficulty and both she and Alice are indebted to Hamish, now Lord Ascot, the suitor Alice rejected at the end of the story’s first instalment. If Alice doesn’t agree to give up The Wonder and become a clerk for Hamish, her mother will lose her house. Hamish wants revenge for his public humiliation. Alice can’t think of anything worse than losing her ship and being forced to work in an office.

At this point, she receives a message from Absolem (voiced by Alan Rickman), the former caterpillar, now a butterfly, whom she met in Underland (a.k.a. Wonderland). The Hatter is ill and needs her help. She travels through a looking glass to Underland and reunites with her old companions, The White Queen (Anne Hathaway), the March Hare, Dormouse, Bayard the Hound, Tweedle-Dum and Tweddle-Dee. The Hatter (Johnny Depp) has slipped into depression. Alice begins putting together clues and believes the answer lies with her enemy The Red Queen (Helena Bonham Carter) and her new ally Time (Sacha Baron Cohen). Alice thinks travelling into the past and changing events will help The Hatter. She steals a device called the Chronosphere from Time and as a result he chases her further and further into the past.

The first film took the elements of Lewis Carroll’s Alice story, mixed in the 1951 Disney animation and a whole slew of new elements to create a psychedelic tale of a young woman who needed to live the life she chose. Visually, that movie belongs to Tim Burton, but the story belongs to screenwriter Linda Woolverton. The same goes for this sequel. Woolverton is kind of a big deal in Disney movie world. She wrote for BEAUTY AND THE BEAST (1991), THE LION KING (1994), MULAN (1998) and MALEFICENT (2014). She regularly deals with themes of female empowerment and does so in both Alice films. In the first movie, Alice’s fight with the Jabberwocky (with its Joan of Arc references ) came only after a long struggle that paralleled her real world indecisiveness. In the sequel, Alice swashbuckles frequently. She has comfortably adapted to heroic action mode.

Neither movie is aimed at fans of the Lewis Carroll originals. The departure from the source material is complete with the sequel. This is both a time-travel story and a parent-child redemption tale. The Hatter has to come to terms with his father, Alice with her mother. This Alice exists in her own universe as much as the JJ Abrams Star Trek reboot exists in its own timeline.

ALICE THROUGH THE LOOKING GLASS is for younger audience members who have recently seen the Wasikowska/Burton/Woolverton Alice and will find this a fun and fast-moving new instalment of her adventures. It is currently in wide release on Australian screens and runs for 113 minutes. (6/10) 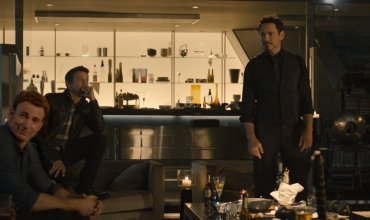 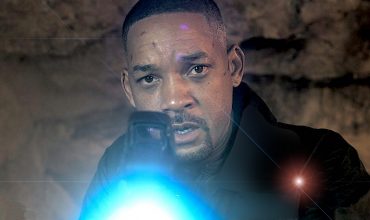