Fuelled by cheap whiskey, greed and hatred, Willie teams up once again with his angry little sidekick, Marcus, to knock off a Chicago charity on Christmas Eve.

Christmas is approaching fast so naturally we’re going to be seeing a few holiday films coming up over the next few weeks, but sequels to 13 year old comedies aren’t the first thing that usually spring to mind. Regardless however, here we are with Bad Santa 2, a follow-up to the 2003 film. This time around Mark Waters (Mean Girls) has taken on directing duties, while bringing back the original leading cast and throwing Kathy Bates into the mix.

While you’re unlikely to be watching Bad Santa 2 for the plot, it still needs good writing to deliver the situational laughs in the film. In this sense it’s all serviceable and the setups are delivered on cue, however the comedic moments to take advantage of this are hit and miss. 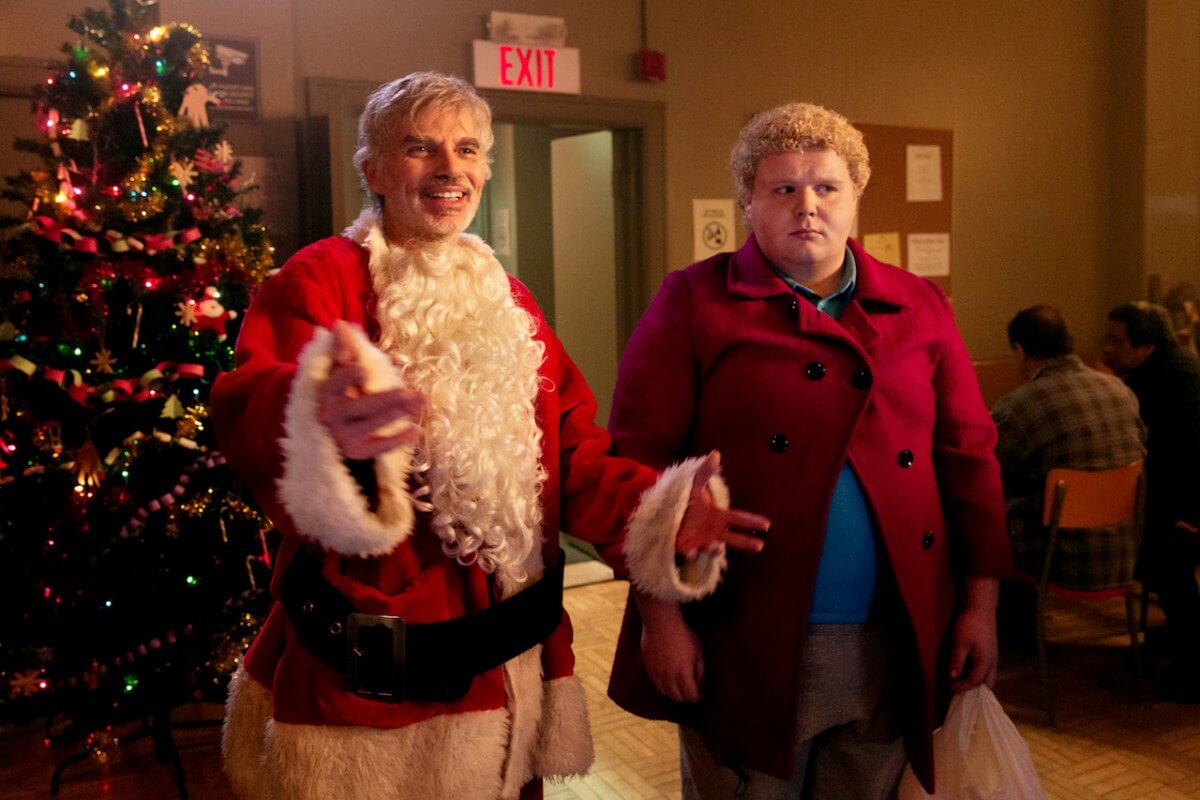 Choosing not to deviate from the previous formula, Bad Santa 2 centres around down on his luck con man Willie, teaming him up with a side kick to pull off a Christmas related robbery.  The film opens well and quickly sets the dark comedic tone that Billy Bob Thornton is well known for. It struggles to maintain this over the course of its second act though but fortunately knows not to overstay its welcome and wraps up on a higher note at about a 90 minute running time. 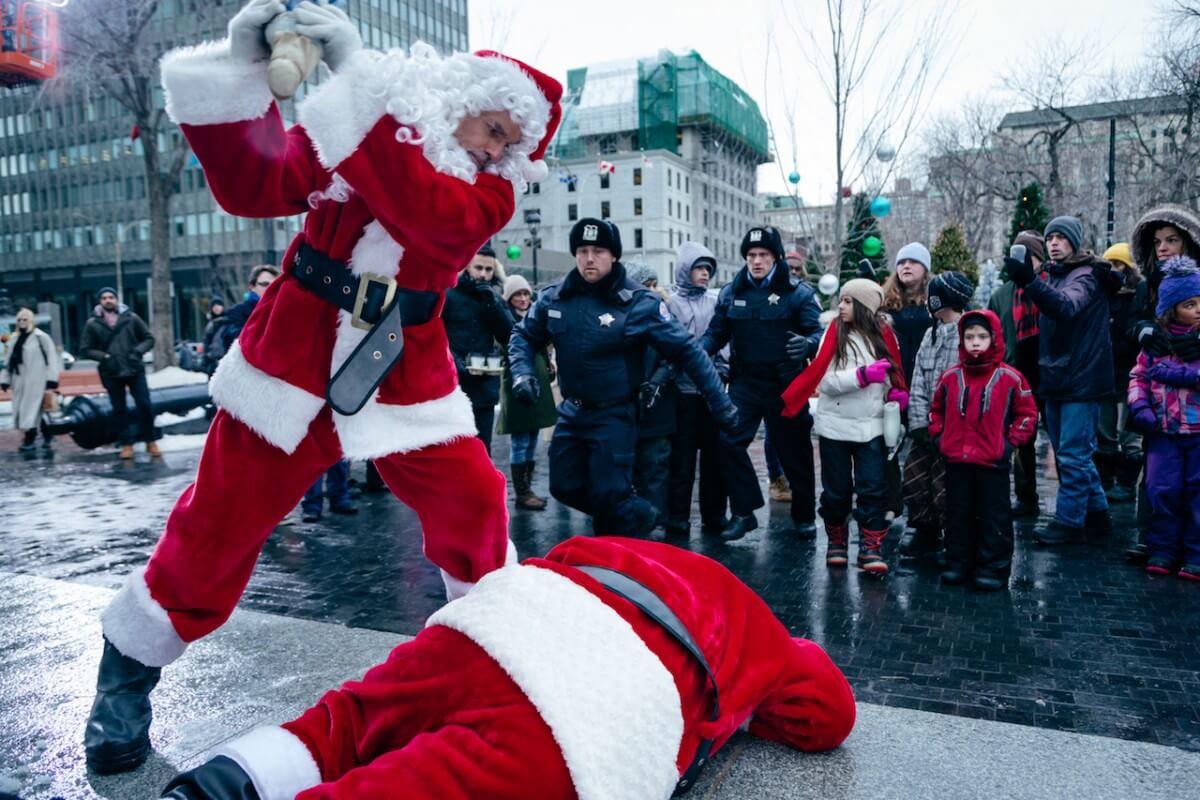 As hinted at above Billy Bob owns this kind of role, he’s not doing anything new in this performance but to see that same kind of self-loathing, society despising comedic style in new situations the film delivers, and Tony Cox brings more of the hostile, coarse one-liners to bounce off Thornton. 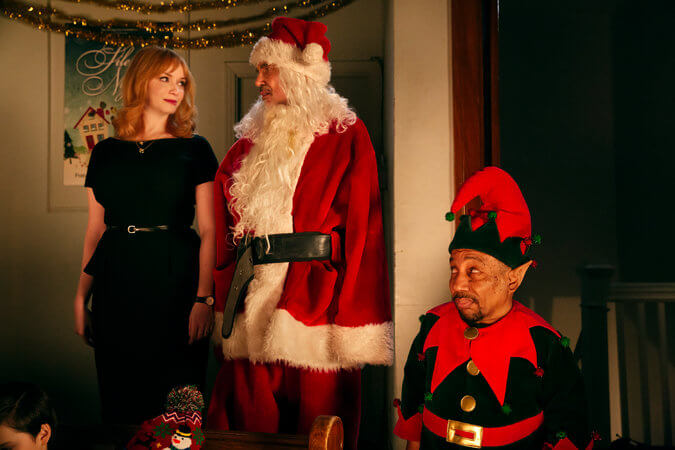 Kathy Bates is a highlight though, her varied performance depending on the situation as well as her wardrobe changes brings a few laughs. Brett Kelly returns as well to fill the same role as he did previously, which is to deliver on the simpleton humour and set up Billy Bob’s role for a funny payoff.

You won’t be leaving the cinema thinking about this film for very long, but it takes the smarter angle by choosing not to compete with the higher profile more mainstream comedic releases by staying in its offbeat corner. The comedy is inappropriate, foul mouthed and of poor taste, and for audiences that find that style appealing it’s easy to recommend, just don’t expect consistent pacing for the whole film.

I’m giving it 5 stars out of 10, you can catch Bad Santa 2 in cinemas from Thursday November 24th.