Supernatural teen romance based on the best-selling fantasy novel, co-starring Oscar veterans Emma Thompson, Jeremy Irons and Viola Davis. Set in the gothic American South, the film tells the tale of two star-crossed lovers: Ethan, who longs to escape his small town, and Lena, a mysterious new girl. Together, they uncover dark, black magic secrets about their respective families and their town. The book is the first of the Caster Chronicles series, named by MTV News as one of 2010’s ‘series to watch’.‘Beautiful Creatures’ is the latest in a series of young adult romantic fiction to make the leap from the page to the big screen in Richard LaGravenese’s latest directorial project. LaGravenese previously directed ‘P.S. I Love You’ in 2007 however has been more active in writing duties than directing duties throughout his career.

It’s difficult to approach ‘Beautiful Creatures’ without some consideration given to the context of this film being produced, we are living in the cinematic world where the Twilight series was an enormous success, so it’s a forgone conclusion that there will be attempts to replicate the success found in Twilight through other adaptations that tread similar thematic ground of supernatural romance and urban fantasy, this is where ‘Beautiful Creatures’ comes in.

The film opens relatively strongly with the character Ethan Wate portrayed with a quiet charisma by Alden Ehrenreich. The character of Ethan quickly articulates some context for the audience from which the film launches into its tale. It’s nice to see a variation of a theme as presented here with some role reversal between the male and female leads, there is also a blend of humour thrown in for good measure early on which plays well. In fact the opening few minutes encapsulates the films greatest strength which is with the characters themselves.

Ehrenreich’s Ethan brings the audience on side with his small town tale of longing surrounded by a religious-bound and confronting community of the familiar south. Alice Englert’s take on Lena Duchannes works for the most part and the cast is rounded out with some workable performances from Jeremy Irons, Emma Thompson, Viola Davis and Thomas Mann, most of whom have too little substance to work with.

Where things really start to fall apart in ‘Beautiful Creatures’ however is to do with the high level narrative. The film is packed with scenes of heavy exposition that articulate plot points in a convoluted manner, as soon as one thread is explained the film is only a few minutes away from delving into another piece of mythology that requires explanation. Some of these threads are explored further while others are briefly mentioned and then dropped completely without a mention for the remainder of the film.

Specific characters are referred to with great awe due to their power and motivations, however at the same time this fails to lead to any rewarding drama as none of this potential is ever seen nor are these characters set free to deliver on their seemingly heroic and chaotic natures.

The various twists and turns that are sought to be sprung upon the audience tend to be predictable long before the characters deliver the revealing dialogue. So much so in fact that the audience is all but simply waiting for these surprises which then fall flat without any emotional payoff.

Exposition aside the film further suffers from relentless pacing problems throughout the second and third acts with multiple misleading climactic scenes that are introduced only to quickly fall flat for the film to meander its way to another failed climax. By the time the film finally comes around to its concluding points it delivers those climactic scenes in such a lacklustre fashion there’s little to be felt other than disappointment.

Visual effects are utilised in a number of scenes with mixed results, at times it helps set the tone of the film and assists with  some creepiness where needed while at other times it makes for an action sequence that plays with a slapstick edge that is entirely out of place here.

It’s not that there isn’t anything to enjoy within ‘Beautiful Creatures’, and fans of the source material may very well find a lot to like within the film. However it is heavily weighed down by excessive exposition that ultimately is not important from a narrative sense and a running time that overstays its welcome particularly given its tendency to dawdle along without any real substance or emotional reward.

I’m giving ‘Beautiful Creatures’ 4 out of 10 stars, it’s released in cinemas around Australia on Thursday 21 February 2013. 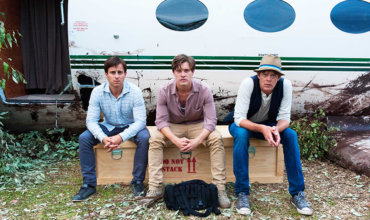 Voyage of the Southern Sun 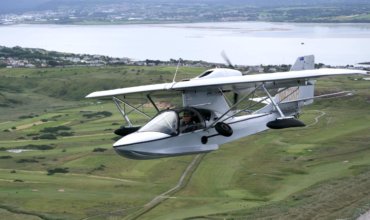