BOHEMIAN RHAPSODY is the movie biography of British rock band Queen. The story begins in London in 1970, when guitarist Brian May and drummer Roger Taylor are in a struggling band called Smile. They meet Freddie Bulsara who auditions to be the lead singer. His day job is a baggage handler at Heathrow, but he is driven by artistic and musical ideas that he wants to realise. Soon, bassist John Deacon joins the group, Freddie launches his new surname Mercury and the band is redubbed Queen.

Queen is a quartet of strong, creative personalities who consider themselves four misfits who form a unique musical unit. Freddie becomes the face, but not leader, of the band. His energy on stage and charisma in public make him the media’s focus, but within Queen, the members have many different musical ideas and these are argued fiercely between the four of them. As the 1970s wear on, their albums become popular, they tour the world and they have enormous financial success.

From early on, Freddie is in a relationship with Mary Austin. He writes the song Love of My Life about her. Eventually, he and Austin end their relationship because Freddie is having affairs with men. His sexuality is one part of his life that he prefers to keep away from media scrutiny. The decriminalising of “homosexual acts” occurred in 1967, which is very recent history. Not only is the idea of being gay not necessarily acceptable to the public, but Freddie knows his religiously conservative parents want to see him married and starting his own family.

BOHEMIAN RHAPSODY is a biographical picture. Almost every “biopic” wrestles with problems of accuracy and perception, especially if the subject of the film is famous. The public idea of the subject’s identity may have different layers, surviving participants of events may see the biopic’s point-of-view as biased and incorrect. This film has been criticised by certain people for its rendering of Queen’s history. The facts of Freddie’s personal life have been toned down according to some. The fifteen-year timespan of the storyline is too limited according to others. The disputable facts and details have been approved by Brian May, Roger Taylor and Queen’s long-time manager Jim Beach (who is played by Tom Hollander in the film) and who also produced. The writing is officially credited to Anthony McCarten (DARKEST HOUR) and Peter Morgan (THE CROWN). The project was ten years in development and went through many changes of personnel in front of, and behind camera.  Bryan Singer has the director credit, but actor-director Dexter Fletcher completed a proportion of principal photography. The result of all this time, effort and change is impressively coherent.

Some sequences showing the band’s creative process feel like a 2018 version of THE GLENN MILLER STORY (1954).  The band recording their fourth album A NIGHT AT THE OPERA, is portrayed something like Miller discovering his “swing” sound. Both things are entertaining and neither is the “documentary” truth. This is partly a result of the dramatists’ need to compress many events to create an understandable character direction and story shape. Elsewhere, for example, Freddie’s evolving personal life is given to us in montage-bursts of high and low points. In many biopics, this can lead to an episodic feeling, but BO RHAP (as the band also called the song) largely avoids this pitfall.

As a re-telling of a certain kind of Baby Boomer rock mythology, all the expected moments are there. Some of these feel stereotypical, others are a reminder that rock and roll swept before it many preconceptions about what that generation should be doing. Occasionally, the baggage handler got to be a superstar. Freddie is a visionary that some people find ridiculous, but he has the unshakeable confidence to find the collaborators to make his ideas real and popular. We follow the journey of the young outsiders who end up on everyone’s turntables and televisions and become beloved cultural icons.

Lucy Boynton as Mary Austin and Gwilym Lee as Brian May give the film an emotional balance. Rami Malek as Freddie is the heart and soul of the show. He does a beautiful job of playing the mysterious and vulnerable side of the man and he utterly convinces as the rock god who could hold an arena audience spellbound. His performance deserves all the praise it has received and it’s the chief reason audiences are hooked in by the film.

The final form feels like 40% Queen and 60% Freddie. The presentation of events is somewhat conventional in an era when biopics include films like BATTLE OF THE SEXES and I,TONYA (both 2017). However, the recreation of the 1985 Live Aid set at Wembley Stadium is excellent. It conjures up the feelings and memories of a great moment in music history that was witnessed by an estimated television audience of 1.9 billion. BOHEMIAN RHAPSODY has questionable accuracy, a great sound track and very good wigs. It is a celebration of a singer and a band that provides an enjoyable 2 hours and 14 minutes at the movies. (7/10) 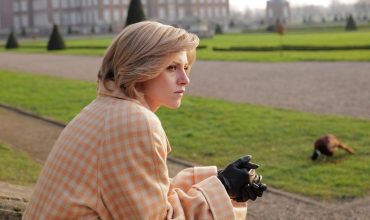 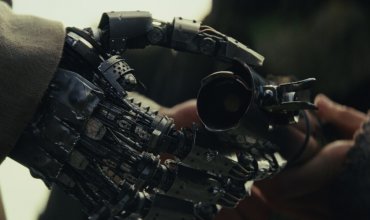