Four older women have a monthly book club. They have known each other since their youth and now they live successful, upscale lives in Los Angeles. One month, Fifty Shades of Grey is the club’s chosen book and despite not all of the women being keen to read it, once they do, the book’s content becomes something that leads them to consider making changes to their lives.

Vivian (Jane Fonda), is a hotel owner. She bumps into a slightly younger man she had a fling with 40 years ago. Arthur (Don Johnson) is interested in taking up where they left off, but Vivian has never been one to settle down. Widow Diane (Diane Keaton) is happy enough living on her own, but her daughters want her to move closer to them in Arizona.  They are overly concerned about her mental health and physical welfare. Sharon (Candice Bergen) is a federal judge who has been single for more than 15 years. As far as she is concerned, dating is no longer something she cares to pursue. Carol (Mary Steenburgen) has been married for years to Bruce (Craig T. Nelson) who is recently-retired,  but there is something off about their interaction these days. She wants to get to the bottom of things, but he keeps avoiding talking about their problems.

Vivian, Diane, Sharon and Carol attempt different methods to fix their shaky love lives. Sharon decides to give online dating a try. Carol and Bruce are worried they’re in trouble and their intimacy is gone. Vivian continues to keep Arthur at bay, despite his best efforts to woo her. Diane starts dating a pilot called Mitchell (Andy García). In this mode, BOOK CLUB putters along steadily, powered by its average, yet reliable premise.

The writing, by Bill Holderman and Erin Simms, is always adequate and occasionally good. Holderman directs what is his first feature and sometimes this shows in scenes which are oddly staged or edited. There is one poorly thought-out scene at the climax of Carol and Bruce’s story that temporarily brings everything to a halt in terms of believability. Mostly, this film entertains because even the so-so wisecracks have real snap when performed by these pros. The quartet of women are great. It’s a close competition, but Candice Bergen has a slight edge in scoring the laughs. It’s a pleasure to see the four stars in their individual scenes and it is most entertaining when all of them are interacting in the ensemble book club scenes.

The film devotes the time and resources of a low-budget feature on what is essentially a television sitcom episode stretched out to 1 hour and forty-four minutes. If you’ve seen of The Golden Girls or Grace and Frankie (which actually stars Fonda) you will likely be reminded of these shows at times. Which all sounds like the faintest of praise, but the audience I saw this with (three-quarters of whom were in the age range of the stars), found it hilarious and laughed all the way through. 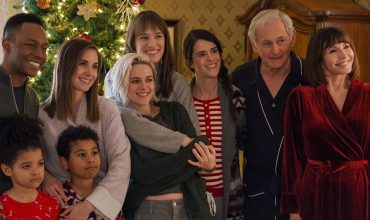