Young Stet is a boy from the wrong side of the tracks.  He has a junkie mother who is utterly no help to him. His only support is his teacher Ms. Steele (Debra Winger). She has identified him as a boy of extraordinary singing talent. She pulls strings and gets him an audition for the (fictional) National Boychoir Academy. Eventually Stet is accepted into the Academy, but only after his father Gerard (Josh Lucas) makes it possible with a large donation to the elite school. Until this point, he has been absent from Stet’s life. The gift of his education is also a way to hide the boy from Gerard’s current family who has no knowledge of his existence.

Stet life has been marked by emotional neglect. He doesn’t know how to get on with others and acts out his anger. The teachers at the Academy, played by Dustin Hoffman, Kathy Bates, Eddie Izzard and Kevin McHale, are split in their sympathies for their new student. Some think his talent justifies his presence and that he simply needs technical training. Others, particularly Hoffman’s Master Carvelle, believe he doesn’t have the discipline, nor the strength of character, to rise to the challenge and opportunity the school offers. Transformation is the theme of the movie. Can young Stet grow beyond the destruction of his upbringing and develop the gift of his singing?

Director François Girard’s body of work includes the movie THIRTY-TWO SHORT FILMS ABOUT GLENN GOULD (1993), THE RED VIOLIN (1998) and the TV series YO-YO MA INSPIRED BY BACH (1997). Writer Ben Ripley is best known for the screenplay of sci-fi thriller SOURCE CODE (2011). Their collaboration on this film has resulted in a largely by-the-numbers drama. BOYCHOIR is like a diluted version of Gus Van Sant’s GOOD WILL HUNTING (1997) and FINDING FORRESTER (2000).

The premise is more or less bulletproof. Of course the audience wants the troubled genius boy to succeed. He is a diamond in the rough waiting to shine. His God-given gift has to be shared. BOYCHOIR absolutely has the appeal of watching an underdog struggle against the odds, but it is hampered by casting. Garret Wareing, who plays Stet, is not the most expressive actor and so the heavy lifting is left to the adult cast. Kathy Bates and Eddie Izzard are a delight. Hoffman as Carvelle commands our attention with a minimalist performance. His role is to exhort the lad to greatness much as the Connery character does in FINDING FORRESTER. Sadly, writer Ripley hasn’t supplied the film with a “Punch the keys!” nor a “You’re the man now, dog!” moment.

BOYCHOIR is also carried by the music itself, which is absolutely beautiful. Potentially difficult concepts, such as the importance of wealth or the weight of adult expectations placed on the young singers, are effectively bypassed. The tremendous emotion that is inherent in the sound and power of massed voices removes the need for the story to take on inconvenient ideas. The audience is meant to be uplifted by joy rather than thinking negative thoughts. Much of the music is classical and so was written to celebrate the greater glory of God and this makes the mission of the choir and Stet’s journey seem almost spiritual. Why wouldn’t one devote a life to this?

The plotting of the movie will strike some as too neat, but it has a great soundtrack, which many will enjoy. BOYCHOIR clocks in at a sprightly 103 minutes. It is currently in Australian cinemas in limited release. (6/10) 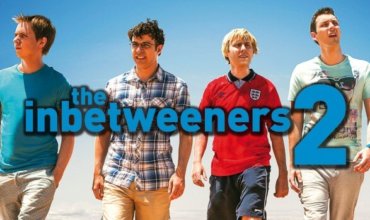