BRAVE is the 10th original story from Pixar Studios and it’s hitting screens throughout Australia today! Once again Pixar continues to marvel with incredible stories and even more amazing scenery, for some reason they never seem to go wrong. Ever since its first release of Toy Story back in 1995 they just continue to surprise me over and over again with films such as Monsters Inc, Finding Nemo and my personal favorite Ratatouille and with an incredible 11th Academy Award’s under there belt it seems that BRAVE will be another strong contender next year.

BRAVE follows the journey of Merida the daughter of King Fergus(voiced by Billy Connolly) and Queen Elinor(voiced by Emma Thompson) who really just wants to choose her own fate instead of following the age-old customs that her parents and tribe usually adhere too, such as getting married to the Son of one of the other Lord’s of the Land. Merida skip’s out on the festivities and stumbles across a Witch which causes more issues then expected and from there an incredible adventure starts in her pursuit to undo the curse and basically find herself. (that’s the short version, I really don’t want to give anything away)

It’s really no secret that when it comes to movies if it looks amazing there’s a good chance I will love it and with BRAVE set in the Highlands of Scotland what we have there already is a winning combination put that together with a voice cast including Billy Connolly, Kelly Macdonald, Julie Walters, Emma Thompson, Craig Ferguson and Kevin Mckidd the dialog just oozes through the screen! Oh and the film is incredibly funny, you have the triplet’s getting up to constant mischief but also the Lord’s and there sons, one of them speaks with such a strong Scottish accent no one can understand a word he is saying! So expect to laugh until you cry.

There are countless movies with stories about a Father and Son’s relationship but this one is really about the relationship between a Mother and Daughter and it’s kind of nice and rare these days to see it on the big screen plus to set up the film with a completely Scottish voice cast it was quite brilliant, to see how much care Pixar put in to making these stories and to keep them as original and ‘true’ as possible.

There’s not much really wrong with this film as you can see from the previous few paragraph’s I’ve banged on about how incredible it is and yes it is! But I will say this it is the scariest Pixar film to come out, now I’m not saying lock up your kids and don’t take them but I will say towards the end there are some scenes that may freak out younger children but either way they will still have a fantastic movie loving experience.

Now with that out of the way its great to see Pixar bring on its first female protagonist, Merida is full of sass and a brand new Disney heroine who will hopefully be remembered with other classics such as Belle from Beauty and the Beast and even Snow White.

BRAVE hit’s Aussie cinemas today! I give this film 9 out of 10 and I only saw the film in 2D……

Blinded by the Light Review 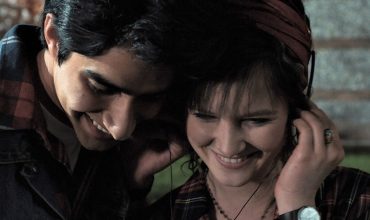 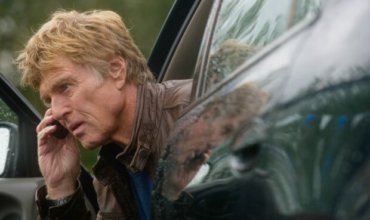