There have been some outstanding Australian films that have been created over the last few years, some of which were created by Rolf de Heer himself. His new film sees him reunite and collaborate with his friend and actor, David Gulpilil from The Tracker and Ten Canoes.  This time bringing us Charlie’s Country.

The film introduces us to Charlie (David Gulpilil) who is living in a remote community in the Northern Territory, where he is constantly harassed for his welfare payments by his relatives. Feeling suffocated by providing for his relatives, unable to get a new home, and not understanding why restrictions (whitefella law) are imposed by the local police ( Luke Ford) on him and his friends, Charlie decides to return to the bush. Living a traditional self-sufficient life away from whitefella law.  Along the way, not only does he become extremely ill but his new friends lead him into a new destructive life path which eventually causes him to be thrown in jail.

Needless to say, creating a film about cultural problems in this country takes great sensitivity, respect and skill, given the emotions they induce in people. There is no doubt that some will find this film to be uncomfortable at times and perhaps even controversial, despite De Heer treating the topic(s) delicately. This is especially evident in the second half of the film where the events depicted are sadly easily believable.

Charlie’s Country is slow burn but never dull. The pace allows the viewer to reflect upon the circumstances that caused Charlie to be on the path he is on and how the cultural clash affects the indigenous communities in our country today. Co written by Gulpilil and de Heer, it certainly does not shy away from depicting some of our ignorance and arrogance, nor does it avoid highlighting the problems within the indigenous communities.

While the film is heavy, there are some genuinely funny and light hearted moments which not only break up any tension but give a sense of hope for Charlie.

de Heer and Ian Jones, created a cinematography that is striking. There are countless shots allowing the viewer to absorb the outback in all its subtle beauty even in rough conditions. The Australian outback is an important element in this film as it serves to accentuate Charlie’s plight.

Gulpilil is brilliant as a man at odds with the world around him. It is a credit to his acting ability that even in extended shots of him alone staring silently are emotional. It comes as no surprise that he has won the best actor award in Cannes for his role. It’s also noteworthy to point out that much of what transpires in Charlie’s Country is loosely based on Gulpilil’s personal experiences, especially those scenes depicting violence and alcoholism.

Peter Djigirr also appears in this film as Black Pete. Though his role is minor, he is just as great as Gulpilil. There are additional cameos from Gary Sweet, Dan Wyllie, and Bojana Novakovic.

While it’s not a negative, Charlie’s Country does feel longer than the actual running time – possibly due to the emotions the film asks you to feel.

Charlie’s Country is out now in selected cinemas. 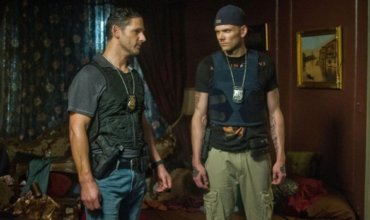 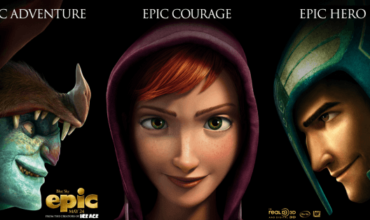