In the late 1970s and early 1980s, US network television cranked out a steady stream of crime dramas.  For the most part, these weekly procedurals were predictable as clockwork. Better examples of the form were KOJAK, POLICE WOMAN and THE ROCKFORD FILES. It took shows like Joseph Wambaugh’s POLICE STORY and Bochco and Kozoll’s HILL STREET BLUES to significantly break ground in this genre. And way at the other end of the scale, was the glamorous CHiPS.

CHiPS was lightweight comedy-drama for a family audience. Erik Estrada and Larry Wilcox shot to stardom playing motorcycle cops Frank Poncherello and Jon Baker. They were dedicated law men who fought crime on the freeways of Los Angeles. Like any TV actioner with a notable setting or reliant on fancy modes of transport (Australia’s CHOPPER SQUAD or WATER RATS or America’s BAYWATCH to give but three examples) the original CHiPS often involved stretching believability to bring about its stories. The vehicular lawlessness was numerous and varied; CB bandits, toll-booth bandits, truck bandits, Rolls Royce bandits and even dirt-bike cattle rustlers went up against Jon and Ponch. The audience was not too demanding and loved these fast-moving, ludicrous tales.

The 2017 movie remake of CHiPS bears little resemblance to this source material. The set-up introduces Officer Baker (Dax Shepard) as a laidback time-waster who keeps missing out on getting into the California Highway Patrol. His reasons for wanting to make the cut are mostly personal and involve needing to keep his marriage together. Poncherello (Michael Peña) is an FBI agent from Miami sent to deal with possible corruption within the CHP. Neither man is fully functional as a person nor officer-of-the-law. Baker is a middle-aged rookie who can’t shoot straight, but is one hell of a rider who once competed professionally. Poncherello is in trouble with Miami because his sex addiction has almost ruined an investigation.Jon and Ponch are opposites who need to work together. There is no reason that this well-worn story-line shouldn’t work and yet, it doesn’t.

Unlike 21 JUMP STREET (2012), this remake is not a genre-busting parody that cleverly turns the original on its head. Instead, it has flat characterisations, not unlike the Owen Wilson/Ben Stiller remake of STARSKY AND HUTCH (2004), and comedy set pieces that range from the mediocre, to the crude, without ever approaching wit, hilarity or inventiveness.

But the new film does have roving freeway bandits. These ones blow up armoured cars in traffic jams. These parts of the movie are briskly, yet confusingly told. The main plot involves a double-cross and art treasures, a sub-plot shows a drug-addict son whose father is trying to save him. None of these are dwelt on. Apparently, the screenplay needs all the space it can get to unleash a plethora of penis jokes and a cornucopia of butt gags. Dax Shepard’s script simply isn’t strong. Shepard as director has somewhat more to offer. The action sequences are very well-done. The stunt-driving and riding, as well as the staging of the motorcycle chases, is consistently slick and exciting. Shepard also brings home the bacon directing solid performances from Michael Peña, Vincent D’Onofrio and an actor called Dax Shepard.

Some people will enjoy this version of CHiPS. I know, because I heard them chuckling with appreciation at the screening. There were occasional laughs, spaced well apart. Despite the ticks in the action and performance columns, overall this didn’t add up to a funny and entertaining result. CHiPS felt like twenty-minutes of moderate fun, drizzled through a 101-minute movie. (5/10) 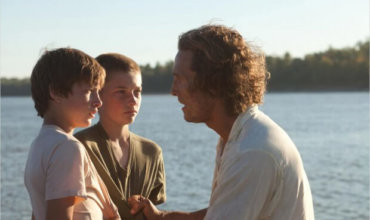 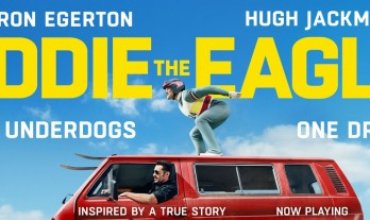