After the disastrous food storm in the first film, Flint and his friends are forced to leave town. Flint accepts the invitation from his idol Chester V to join The Live Corp Company, which has been tasked to clean the island, and where the best inventors in the world create technologies for the betterment of mankind. When Flint discovers that his machine still operates and now creates mutant food beasts like living pickles, hungry tacodiles, shrimpanzees and an apple pie-thon, he and his friends must return to save the world.

The film continues where the first ended. His out of control invention from the first film has gone crazy meaning everyone in his town need to evacuate. Flint Lockwood and friends help to save the day and clean up the mess with mysterious science company The Live Corp.

This fun and colourful animated feature comes just in time for the school holidays and will have your kids combining different foods and animals together just to come up with whacky names as seen in this film. Like all animation these days, this film doesn’t disappoint with the advancement of technology, although compared to recent animated films, it seems the animation is a bit lazy here. Whether or not it’s because this film is targeted to a younger audience or because there were budget restrictions, hiding behind animation doesn’t mean they can get away with having a poor storyline.

CLOUDY 2 is like the Jurassic Park for kids, tacodiles, shrimpanzees etc. it’s all rather exciting to see some of your favourite food come to life. Regardless, there was no depth to the film other than Flints’ self discovering and realisation of the importance of family and friendship. There was nothing exciting, no underlying mesage that the kids could take away with them other than how cool a cheeseburger and spider is combined.

The voice acting is great; Anna Faris and Bill Harder have always been favourites of mine. Flints’ monkey that consistently yells ‘Steve’ throughout the film becomes tiring by the end. I felt as though that dumbed down the humour to please a less intelligent audience. Kids need to learn and be engrossed in a film that teaches them something rather than watch slapstick humour and jokes that are forgotten about in a few days time.

CLOUDY 2 does grasp your attention throughout. The points raised above doesn’t mean it’s a bad film, there’s just no depth other than an adventure taking place. This is a good film for under 14 years and an easy escape to this upcoming, lengthy school holiday break.

I rate CLOUDY WITH A CHANCE OF MEATBALLS 2 six out of ten stars. Take the kids, they’ll love it.

X-Men: Days of Future Past Review 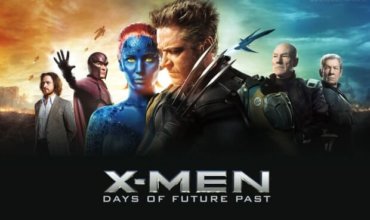 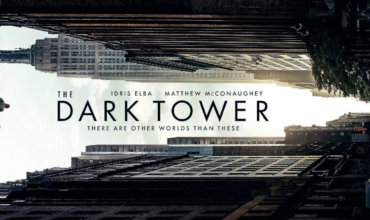