As someone who’s turned a Mads Mikkelsen obsession into a personality trait I am contractually obliged to wax lyrical about everything he does. But I don’t think it’s bias talking when I say that Riders of Justice, from Anders Thomas Jensen, is a wholly successful absurdist action comedy for (almost) the entire family. Its ultraviolence fits nicely in the John Wick/Nobody era of frustrated male wish fulfilment and the juxtaposing farcical comedy prevents the film from being depressing. Jensen, known for his black-as-night humour and general tonal fuckery, has created perhaps his funniest and most accessible film yet. And it’s about a man whose wife gets killed in an ‘accidental’ train massacre.

We open on a girl and her grandfather pondering the purchase of a bicycle for Christmas. A seemingly unrelated set of events then introduces us to Mathilde, who has just had her bike stolen. She is sitting with her mother in a car that won’t start. Her mother decides Mathilde can skip school and she will accompany her on the train to the city for a day of consolement. In a parallel scene two statisticians attempt to justify eighteen months worth of coincidental conclusions (and grant money) drawn by their algorithm about socioeconomic correlations between car makes. They say that by collecting this seemingly inconsequential, the algorithm can predict future events. The panel isn’t convinced of the investment and the pair are let go – Lennart (Lars Brygmann) bids his colleague farewell and Otto (Nikolaj Lie Kaas) catches the train home.

Mathilde’s mother takes a call from her military husband Markus (Mads, sporting a majestic beard), revealing that he has been asked to stay another three months in Afghanistan and won’t be coming home for Christmas. Disappointed (but not surprised) Mathilde is at least pleased to be spending a relaxing day with Mum. The pair briefly interact with Otto on the train as he gives up his seat for Mathilde’s mother. Moments later their time together (and several people’s midsections) is cut short as a horrific train collision sees Markus coming home early to deal with the loss of his wife and his grieving daughter.

Riders of Justice takes the road sometimes travelled of coincidence versus predetermination that several films (Magnolia comes to mind) have broached, but is elevated by Anders Thomas Jensen’s masterful command of tone. What begins as a freak occurrence inflicting a wave of grief on a young girl and her emotionally impotent father becomes a mystery as Otto (now with time on his hands) convinces Markus that the accident was actually an assassination orchestrated by the titular motorcycle gang. The key witness and would-be testifier against the Riders of Justice was sitting in the same inflicted part of the train and, with the help of his ex-colleague Lennart and brilliant but difficult hacker Emmenthaler (Nicolas Bro), Otto tracks down a potential lead. Mystery morphs into a revenge thriller rife with mistaken identity, and ultimately into a surprisingly heartwarming tale of group healing.

But Jensen has also written drama with emotion that cuts deep. His collaborations with the wonderful Susanne Bier in Open Hearts and In A Better World leave just as much of an impact with each rewatch, while Brothers and After the Wedding (my personal favourite) fared so well that they were both given the flattering but unnecessary treatment of American remakes. With his new film he has blended comedy, tragedy and drama to a level that rivals Thomas Vinterberg’s Another Round (the other Mads Mikkelsen ‘men mishandling their trauma in unorthodox ways’ film from this year.)

Riders of Justice is also bolstered by wonderful performances all round. Lars Brygmann as barn-appreciator and extensively experienced therapy patient Lennart delivers many of the film’s more hilarious (and strangely poignant) lines. His banter with frequent Jensen collaborator Nicolas Bro as the inimitable Emmenthaler, whose seriousness about monitor resolution and propensity for loading weapons are unmatched, lends an almost British flavour in the improvisational swearing and lovingly aggressive jabs that the two throw at each other. Andrea Heick Gadeberg provides realism and the only healthy approach to getting through grief in Mathilde, and Swedish actor Gustav Lindh as former sex slave and eventual House Mother of the gang, Bodashka, brings necessary optimism to a story that could otherwise have been too brutal to its characters.

Mads Mikkelsen has knocked it out of the park again but he is equally matched here by Nikolaj Lie Kaas, whose character is somewhat cursed with a physical reminder of a past mistake but who possesses an emotional wisdom I’d not seen in his earlier performances. Their chemistry after two decades of working together is so evident that it feels like these vastly different but equally damaged men (who met a matter of days ago) have known each other for years.

With humour so dark you’ll wonder at times if you should hit the laugh or cry button, and bouts of splattery violence to rival the Wicks or Equalizers of the past few years, Riders of Justice is engaging from start to finish – and very, very funny.

I’ve seen the film twice now – once, a few months ago via questionable means (a Perth inevitability) and again, in a surprisingly full cinema screening. I can say without doubt that I got so much more out of this film from the cinema viewing and from experiencing it with an audience. A woman audibly gasped at one point (very endearing) and the laughter in the room at the quick dialogue and absurdity of the events was infectious. Mads has surely proven by now that he is a bankable lead and it’s wonderful to be able to trust that he’ll keep doing great Danish films alongside the big, bullshit Hollywood movies whose siren songs often drown out one’s native language. 8/10.

Riders of Justice is in cinemas now and in cool cinemas October 7th.

Laura Blundell
Laura’s first in-cinema viewing experience was The Lion King, granting her both an early sexual awakening over bonafide hottie Simba and a healthy distrust of Disney. She would go on to study Film and Television at Curtin University, only to make an ill-advised switch to Creative Advertising a year later. Her torturous final year incited an interest in horror in general and the New French Extremity in particular, as Laura forced herself to feel again. Her interests now lie in independent cinema and watching her husband shoot people in the face (in video games).
8

The Many Saints of Newark Review 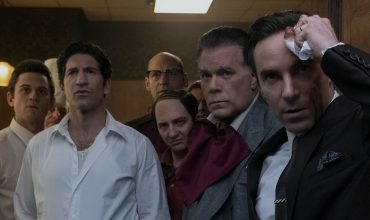 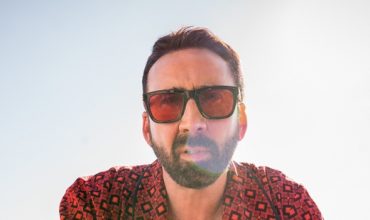