Inspired by the true story of an oil rig disaster in the Gulf of Mexico in 2010, DEEPWATER HORIZON chronicles the courage of those who worked on the rig, and the extreme moments of bravery and survival in the face of what would become one of the biggest man-made disasters in world history.

This is the second time director Peter Berg and actor Mark Wahlberg have teamed up to make a movie about true acts of courage (the first being LONE SURVIVOR). They seem to have found their niche.

While the movie poster may give the impression that this is an action film, there is more ‘story’ to DEEPWATER HORIZON than your usual flick of this genre. Berg starts with detailed exposition; hefty character development and natural (well written and well delivered) banter between the rig workers that lasts for more than half of the movie. By the time the action finally starts, it’s over in a thrilling flash.

Perhaps this is in an attempt to pay respects to the men who died. It is a really nice touch, focussing on the people rather than the explosions, yet it does have you wondering “when is this movie gonna get cracking?!”

Once it does, the film is a fast paced and thrilling ride….I may have covered my eyes….several times!

The flick looks great (as it should with a $150million budget!). The FX are seamless and the oil rig set is brilliant. Built especially for the film, it is reportedly one of the largest set pieces ever built.

The cast is solid, with Marky Mark doing a great job as the likeable “every-man” (he is so buff!), Kate Hudson is cute as his wife, and Kurt Russell is a force to be reckoned with as the offshore installation manager, Jimmy Harrell.

The portrayal of the villainous BP reps is clichéd to the point of cringe; it’s a little OTT to be honest, but I guess everyone likes to see the big men cut down to size.

DEEPWATER HORIZON is an entertaining, engaging and well made film, that successfully walks the line between thrilling action flick and respectful memorial movie. I rate it 7 stars. 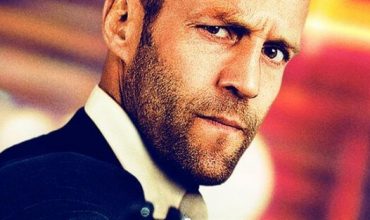 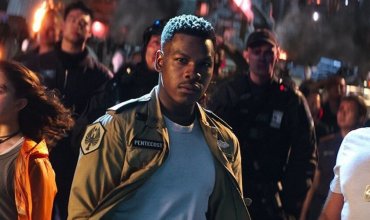