Don’t Worry Darling is the latest film from Actor/Director Olivia Wilde. Following the success of 2019’s Booksmart, Wilde turns her attention to telling a much darker story – This time in the form of a psychological thriller. The film is about the lives of a seemingly perfect couple – Alice (Florence Pugh) and Jack (Harry Styles) – who live in the ideal suburban community of ‘Victory’; a 1950’s utopian neighbourhood run by the Founder of the ‘Victory Project’, Frank (Chris Pine). Every resident in Victory is only asked one thing in return for their idyllic lives – 100% discretion and unquestioning commitment to the Victory cause. When Alice starts noticing things aren’t quite what they seem, she goes rogue in an attempt to uncover the potentially sinister nature of what really goes on when their husbands are at work.

It is no secret that the discussion around this film has become more about the behind-the-scenes drama between co-stars and director than the tremendous work Wilde has produced. The gossipy nature of what did or didn’t happen on set was either a genius piece of guerilla marketing, or an incredibly unfortunate working environment for all those involved. Before watching Don’t Worry Darling I was a big fan of Wilde’s directorial debut Booksmart, a coming-of-age comedy with a witty script and stellar cast. Because of this I was very excited for her follow-up, and once news of the cast started to appear online, I became more and more excited for this film’s release (I still to this day think Chris Pine is a criminally underrated star in Hollywood).

Reviewing a film like Don’t Worry Darling proved to be quite challenging, as most of the interesting plot points delve into spoiler territory. I can say this though – a film like this only works if the surprise twist is clever and satisfying – and I am pleased to report that it most certainly is. Wilde has crafted a near-perfect mystery thriller, which is elevated by the stunning cinematography of Matthew Libatique (Black Swan). The slick visuals of a Palm Springs inspired, Mid-Century suburban landscape set against an arid desert is undeniably breathtaking in every scene. Costume Designer Arianne Phillips and her team also help to boost the film’s prestige with the impeccable 1950’s wardrobe the cast wear throughout.

Wilde had me enthralled the entire 122 minute run-time, and I found myself desperately trying to find subtle clues in an attempt to solve the mystery before the film revealed it. I had my suspicions of what the twist ending could be, but was ultimately proved wrong once it was made known. At that pivotal moment where all was brought to light I heard audible gasps erupt from the audience in my screening. That was an incredible moment to experience in the cinema, proving how shocking it really was.

The cast do an excellent job, but this is undeniably Florence Pugh’s film. She absolutely commands every scene she is in with her incredible performance, and I don’t think this film could have worked without her. Unfortunately, Harry Styles’ part wasn’t particularly note-worthy; he doesn’t let the movie down by any means, but plays as more of a prop for Pugh’s emotional moments. Olivia Wilde’s character Bunny had a much larger role than I would have first thought, with her character adding some great comedic one-liners to lighten some of the more intense scenes. I do however feel her character’s involvement with the story was one of the more interesting elements that I would have liked to have seen more of. Similarly, the lives of some of the wives in the film – such as Gemma Chan’s Shelley – were particularly intriguing to me; it was almost a shame that this was ultimately Alice and Jack’s story, as again their parts in the story were never fully explored.

If I had to criticise Don’t Worry Darling for anything, it would have to be the pacing. The second act does seem to drag its heels a little, making me restlessly wait for the plot to move along in anticipation of the final act. With a couple more script revisions, the film definitely could have shaved off a few minutes to tighten up the pacing.

It’s a shame that Don’t Worry Darling has been plagued by the behind-the-scenes drama (of which we’ll most likely never know the full truth of). Olivia Wilde’s career going forwards may also regrettably be tarnished by this, forever having this dark cloud looming over it – which is unfortunate as she is undeniably talented. Don’t Worry Darling is a fantastic psychological thriller worth seeing before it’s spoiled for you. Its mystery will have you guessing the whole way through, with a satisfyingly shocking ending that is sure to stay with you for days. 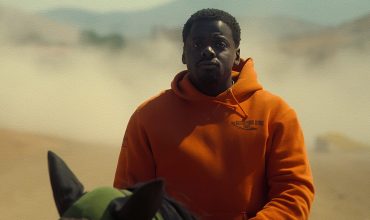 Where the Crawdads Sing Review 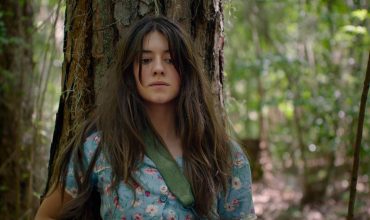