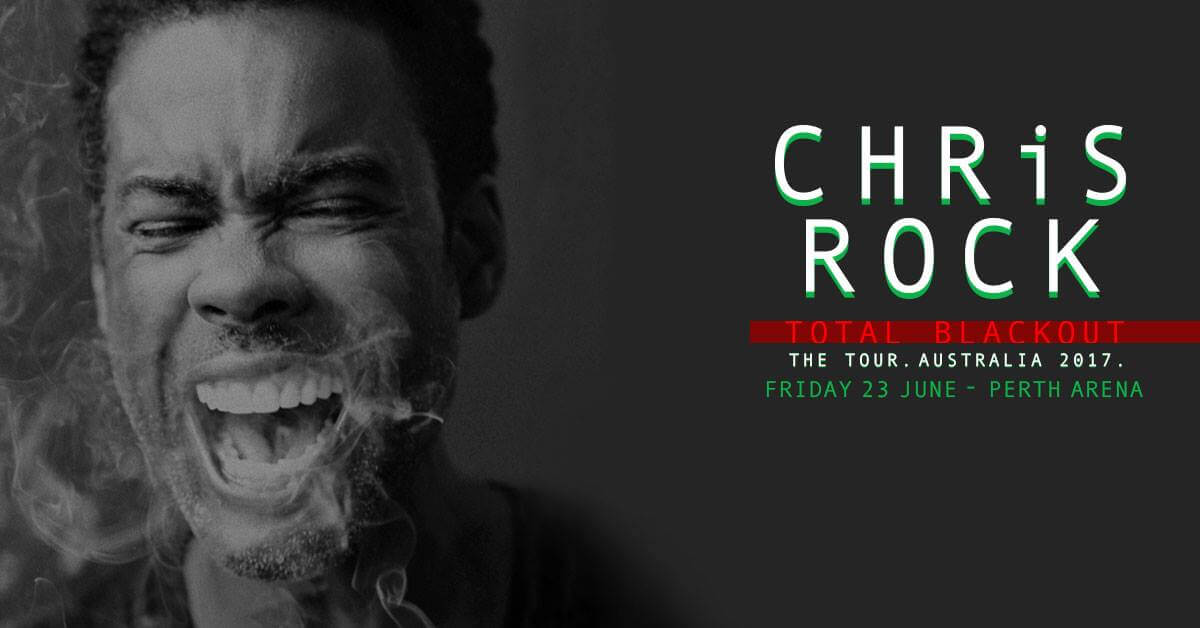 THE TOTAL BLACKOUT TOUR 2017 is currently touring the US to rave reviews and is the acclaimed comedian’s first tour in over 9 years.

Lauded by peers and critics alike, Chris Rock is one of our generation’s strongest comedic voices. As an actor, director, producer and writer he has created many memorable moments.

With a career spanning more than three decades, Rock has enjoyed ongoing success in both film and television as a comedian, actor, writer, producer and director. In 2014 he led the ensemble cast of “Top Five,” a critically acclaimed comedy feature that he also wrote and directed. In 2009 Rock ventured into the documentary world as a writer and producer of “Good Hair,” and in 2014 he executive produced “Eat Drink Laugh: The Story of the Comic Strip,” a documentary recounting the history of one of New York’s most famous comedy venues. His feature acting credits include the “Grown Ups” and “Madagascar” franchises, “Head of State,” “Nurse Betty,” “CB4”, “Death at a Funeral,” “I Think I Love My Wife,” “2 Days in New York,” “Dogma” and “New Jack City.”

His television work includes serving as executive producer, writer and narrator for the series “Everybody Hates Chris,” which ran from 2005 to 2009, and as a cast member on “Saturday Night Live” from 1989-1993.

Rock has won four Emmy Awards, three Grammy Awards and is a New York Times Best-Selling Author. In addition, he received two nominations for the 2016 Emmy Awards, for Outstanding Director for a Variety Special for “Amy Schumer: Live at the Apollo,” and Outstanding Special Class Program for the 88th Annual Academy Awards.

Chris Rock toured Australia for the very first time in August 2008. 9 years later THE TOTAL BLACKOUT TOUR 2017 will be his second tour of Australia.

Please note: this is a phone-free event

No mobile phones, cameras or recording devices will be allowed at Chris Rock’s Total Blackout Australian shows. Upon arrival, all phones and smart watches will be secured in Yondr pouches that will be unlocked at the end of the show. Guests maintain possession of their phones throughout the night, and if needed, may access their phones at designated Yondr unlocking stations in the lobby. All guests are encouraged to print their tickets in advance to ensure a smooth entry process. Anyone caught with a mobile phone in the venue will be immediately ejected. We appreciate your cooperation in creating a phone-free viewing experience.