Scheming Bruce Robertson (James McAvoy), a bigoted and corrupt policeman, is in the line for a promotion and will stop at nothing to get what he wants. Enlisted to solve a brutal murder and threatened by the aspirations of his colleagues, he turns his colleagues against one another by stealing their wives and exposing their secrets. Bruce starts to lose himself in a web of deceit that he can no longer control. His past is slowly catching up with him, and a missing wife, a crippling drug habit and suspicious colleagues start to take their toll on his sanity.

Although I despise drugs and all things adultery, I went into the cinema knowing this film would rub me the wrong way. As I sat through the film I found myself laughing at the seedy jokes and cruel humour, but for he most part, the film created an image for Bruce Robertson which is summed up by the title of the film.

McAvoy uses his acting ability to his advantage, with his performance and believability in the role, there’s no denying I was constantly disgusted by the characters actions. This was definitely the stand out during the film. The consistency of McAvoys’ acting in such an intense and left of centre role deserves praise. Although I say I was disgusted, this was definitely the directors intention.

The narrative as a whole seems lost. As scenes go by and Bruce becomes increasingly psychotic, the plot seems to be crumbling on the outside. Although you get a generalised idea of how the film plays out at the end, there are a few unexplained side stories that seem as though they should have been mentioned before the third act. Although, this adds to a more interesting ending, it turns into a ball of jumbled scenes with a somewhat confused audience – a possible reflection of Bruce.

I’m not a fan of characters breaking the fourth wall if the majority of the film is in a representational style. Bruce does this on more than one occasion and during a particular scene, it completely skews the emotional direction in which the film was heading. It seemed more or less a let down rather than a comedic ending; a disappointment for what could have been a heartfelt moment.

Director Jon Baird takes the audience through a whirlwind of sex, drugs, profanity and Bruces’ hallucinations which are kind of creepy. People with pigs heads, tape worms and a dead boy (from which I gather was a childhood trauma) contribute to the depreciating mental state of Bruce which leads to something unimaginable.

It’s ambitious and Baird is willing to go all out to make a film. This isn’t a film to take your Mother to, or a date. I give FILTH 4 out of 10 stars. 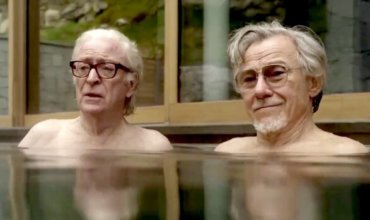 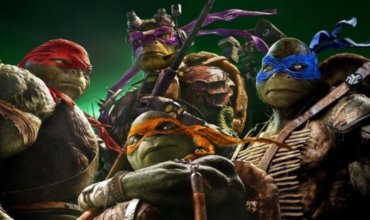