In 2009, the work of street photographer Vivian Maier began to show up online. The images were scanned from negatives that were in the possession of Chicago collector John Maloof. He came across Maier’s work by chance. He bought some trunks and boxes at a deceased estate sale. When he properly examined what he had bought, he discovered thousands of negatives and hundreds of rolls of undeveloped film, both colour and black and white.

When Maloof saw the images, he felt he had discovered the works of a gifted photographer. He searched online to discover more about the mysterious, deceased woman known to him as V. Maier. He found nothing. She had no reputation in photographic circles. In fact, he could find no record of Maier in any of the usual places. So he used information he found in paperwork that came with her belongings and began tracing her through the photographic stores where she purchased her chemicals and film stock.

Maloof made this investigation the basis of a documentary, FINDING VIVIAN MAIER. We follow him as he discovers details of a woman who, it turns out, worked as a children’s nanny for decades. She never married or had children herself. The fact she took portraits of people in the streets of Chicago was surprising enough, but as Maloof tracks down the now adult children of the families she worked for, it becomes clear that Maier often traveled with her young charges into the dicier parts of Chicago in order to take her photographs. No one, apart from the subjects of these pictures and the children, knew what the nanny was doing.

The photographs themselves are stunning. Maier had a knack of getting her subjects to drop their guard for just a moment. Her pictures tell a story. You want to know who these people are. This trick of revelation is contrasted with the utter secrecy of the photographer herself. She was undocumented in every significant sense. This was at her choosing. If ever there was a way to make a transaction or communication anonymously, she would take it.  She styled herself as a helper or an adjunct to a family, but shunned being the centre of attention. Yet she was a people watcher. She stared unblinking at society from her hiding place.

The movie is co-directed and co-written by Maloof and Charlie Siskel. This is Maloof’s first film, but Siskel credits stretch back to Michael Moore’s 1999 TV series THE AWFUL TRUTH. It seems reasonable to assume that this well-told tale has benefited from Siskel’s experience in documentaries specifically and film-making generally. The, sometimes contradictory, facts about Maier’s life are released slowly, filling in detail, but perhaps deepening the mystery. We are kept hooked by this ever-shifting portrait of an enigmatic artist.

Some of Maier’s story is dark and some of it remains hidden. There is something compelling about the secrecy she maintained, which is so contrary to our own confessional, exhibitionist age. There is also something fascinating about art that was almost destroyed. Maier’s photographs, like the poetry of Emily Dickinson, could have been disposed, unseen by the public, after her death. As Maloof points out in his documentary, Maier is unlikely to have wanted a movie made about her and would have probably hated the attention. However, the images survived her and we have the good fortune to be able to see the world through her lens. 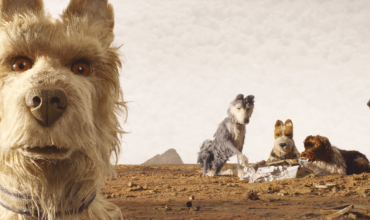 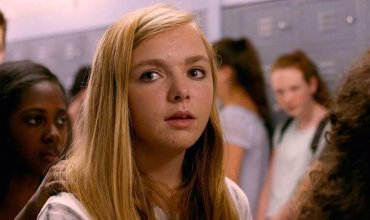