Haunted by a past mistake, medical student Courtney (Ellen Page) convinces a group of friends to partake in a risky experiment of pseudo-science in order to document what happens after a person dies. With the help of Sophia (Kiersey Clemons), Marlo (Nina Dobrev), Jamie (James Norton), and Ray (Diego Luna), Courtney’s heart is stopped and then revived while they record her brain activity. Thrilled by the experiment’s success and the seeming mental advantages of ‘flatlining’, the others quickly follow her for their own chance at an afterlife experience. However, their experiments quickly take a dark turn as the past mistakes they thought were long dead follow them back into the realm of the living.

Flatliners is a remake of the original 1990 film starring Julia Roberts, William Baldwin, Oliver Pratt, Kevin Bacon, and Kiefer Sutherland, who makes a cameo appearance as Dr Barry Wolfson in the new version.

The film begins as a thrilling, charming, fast-paced psychological thriller, as we follow the increasingly absurd and exciting lives of the group. However, the elements of terror build up an expectation for a plot twist that never eventuates. The film’s rush towards a happy conclusion after such a build up leads to an unsatisfying lack of resolution, in which many of the group fail to fulfil their character arcs. Disappointingly, Ray is easily the most likeable character with the least amount of development or significance.

The film’s visuals and interpretation of the afterlife are good but nothing original, just what Hollywood has been telling us the afterlife probably looks like for a while now. There are a few well-placed jump scares, but the majority are either spoiled in the trailer or just overworked thriller tropes.

Perhaps the scale of what they are trying to explore is done in too short a time, and the film would have potentially made a much better one-season streaming-site television series. Instead, themes of bullying, abandonment, betrayal and even murder and manslaughter are swept under the rug in favour of the competitiveness of the medical profession, and the friends’ determination to be the best at any cost. The film also delves into themes of sin and demonic possession, which are never properly addressed. There is a tension between the explainable scientific ‘truth’, and something beyond what humans can comprehend, which is never adequately brought to a head or resolved. Perhaps, though, this is the point; there are not answers to what lies beyond death, except that we probably shouldn’t be messing with it.

Despite its entertainment factor, Flatliners is a film with a lot of potential, but which is missing some depth and resolution, and thus falls rather flat. I rate this film 6/10. 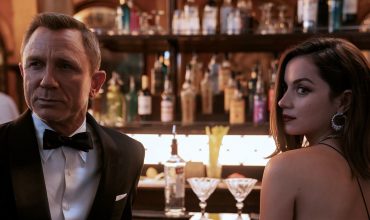 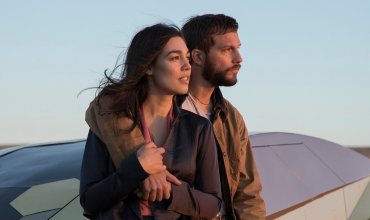