Kenny Wells (Matthew McConaughey), follows his father into the mining business. He believes his destiny is to build upon the family legacy. Unfortunately, Kenny has no gift for business or mining and as the years pass, he loses money and credibility, eventually becoming a poor risk that others won’t invest in. However, he has great tenacity and he hangs in there waiting for the right opportunity. Finally he meets geologist Michael Acosta (Édgar Ramírez) and together they travel into the uncharted jungles of Borneo, Indonesia. Acosta is sure there is a motherlode of gold to be found there. Kenny Wells banks everything on Acosta being right.

GOLD borrows the true story of the 1993 Bre-X mining scandal and plays fast and loose with the details. Director Stephen Gaghan (SYRIANA) has taken numerous liberties with the original story, changing dates, names and locations. Like David O Russell’s AMERICAN HUSTLE (2013) the real events are a springboard for a satirical take on the American Dream; there are also leading man high jinks with a bald wig and pot belly.

Matthew McConaughey goes full Halloween in his snaggle-toothed conception of a hustler with no idea how pathetic he looks to rest of the world. His lurching, grifting, hard-drinking good ol’ boy seems too much at times. Bryce Dallas Howard does an excellent turn as his loyal girlfriend Kay, however the great relationship of this story is between Wells and Acosta. Edgar Ramirez portrays the geologist as a man of integrity and hidden depths. I did not allow his fugitive resemblance to Duran Duran’s Simon LeBon distract me from the excellence of his performance.

GOLD is part buddy movie and part cautionary tale. We follow Kenny Wells down the rabbit hole looking for gold. He believes he is a winner and that he deserves great riches. But does he? That’s a question a gambler like Kenny will never ask himself. He is a hedonist who thinks a dream is the same thing as a plan, but he is also a man who refuses to stay down and in movie terms there is something appealing about that.

This McConaughey vehicle is an entertaining fable with some great moments and a full-on star turn from the leading man. GOLD is in Australian cinemas now. Run time 120 minutes. (7/10) 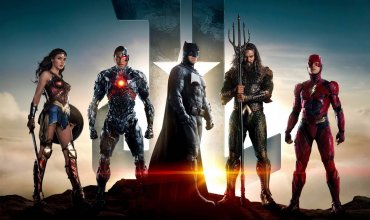 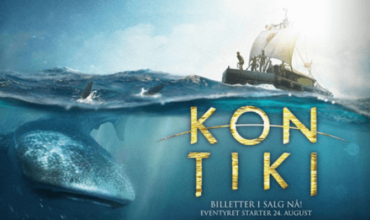