More vital experience than film, Gunda (a Scandinavian word meaning “female warrior”) follows our titular sow in unadulterated black and white as she has motherhood thrust upon her and then shortly after, taken away. A much-anticipated and dreaded (by me) documentary-of-sorts, this film is helmed by visionary Russian filmmaker Victor Kossakovsky and executive produced by Joaquin Phoenix, whose own beliefs (and self-imposed dietary limitations) are surely familiar to everyone in the world. But this is not your average factually-loose Netflix conspiramentary – it’s in a different realm entirely.

In a statement made about his new film, Kossakovsky recounts meeting his best friend, Vasya, when he was staying on a farm at the age of four. For New Year’s Eve not long after, Vasya was killed and served to him in the form of pork cutlets, and he became “the first vegetarian kid in the Soviet Union.” His aim with this film is not to distribute ‘vegan propaganda’ but to remind us that we share our home with billions of other species, many of whom feel complex emotions (and pain) as much as we do. It took him almost 30 years to get finance for his idea, with Norwegian producer Anita Rehoff taking a risk on a man who takes the concept of ‘showing, not telling’ quite literally.

Gunda lives on a Norwegian farm, birthing her piglets from the comfort of her sty in the opening scene, and the majority of the film is set in her home. We follow her day-to-day life with her litter which involves feeding, sniffing out the runt and teaching him a harsh (and imprinted) lesson, and moseying as far as the electric fence boundary allows. Occasionally (and to help transition the ageing up of the piglets) we cross to footage of chickens cautiously exploring their new free range terrain, and cows discovering a way to swat each other’s flies using teamwork and tails. The chicken and cow footage was actually shot on different farms and integrated seamlessly into the narrative through audio and clever editing, so there’s a real sense that they all exist in the same space.

These animals appear to have a decent life as far as farm animals go – warm shelter is provided that they can leave and enter at any time, and the land itself is beautiful and surrounded by woods. But this isn’t Babe, and I knew going into it that many bad feelings would be roused as the inevitability of farm life became apparent.

Permit me to share some stories for context – it will prove relevant later, I swear. I remember watching the aforementioned piggy classic in primary school in the mid-90s; my year two teacher wheeled the TV into the video room and we sat, cross-legged on scratchy carpet, and revelled in a story about a pig who wants to be a sheepdog. I loved the film but was too young to connect the dots that my polony sandwich from the school canteen came from the same being as the eponymous hero I’d just watched.

Similar childhood memories were stirred up as Gunda went on. There is a scene where a newly-released chicken peeps over the long grass, her neck only sparsely covered in feathers so she looks like a floating head. It triggered a horrible flashback to the time in my school camp where a man with two missing fingers held down a chook while another separated her head from her neck with an axe. We then had chicken (prepared earlier, not that specific poor soul) for dinner, which I thought was a rather insensitive move on the school’s behalf. It was the early 2000s – the last era of parents who didn’t meddle with the questionable methods of primary school teachers and happily fed their children polony sandwiches.

I recount these recollections as it occurred to me that Gunda might be expertly crafted to regress us to childhood visions of a farm and the contradictions we encounter as we grow up. The farm model and toys I had as a child contained animals and animals alone – no human interference save for my clumsy hand occasionally knocking over a fence. See ‘N Say toys from as far back as the 60s stress that the pig goes “oink” and the cow goes “moo”, but we’re not told as children what happens to the oinks and the moos when the time comes for a farm to be a farm. And for a good chunk of this film I happily followed Gunda and her children around, forgetting the intention and purpose of a litter of piglets. It’s not a flippant choice that the film is in black and white – by the end, we find out what the farmer says without him even uttering a word or appearing in frame. The harshness of our own demands finally hits home.

Gunda is fresh in my mind as I’ve watched it twice in the last two weeks (not really how I’d wanted to spend my Easter weekend but I feel it’s necessary, now more than ever, to watch more closely.) The images of the piglets huddling together for warmth and breathing their raspy breaths in adorable unison has made me teary more than a few times while running errands and checking emails at my desk. I realised that the only other film in recent years that left me as distraught was Celine Sciamma’s perfect Portrait of a Lady on Fire. There is a similarity between these two films in the idea of falling in love through looking. The difference is that those characters had a choice in their tragic fate – Gunda and her kin did not.

At 90 minutes, Gunda manages to succinctly and subtly present a message that most documentaries can only do by bashing their audience over the head with emotive language, swelling music and hard statistics. The horrible simplicity of a still-new mother triple checking her sty to figure out where her piglets have gone is the most heartbreaking thing I have seen in a very long time. I would like to stress that there is no animal cruelty or violence depicted onscreen (nor heard offscreen) – the film is better than that. Its brilliance lies instead in assuming that humans are capable of enough empathy to understand and be moved by a pig’s total sentience and devastation at what has happened. As Gunda stares directly into the camera, seemingly asking us what the point of her mothering was, surely we must ask ourselves that same question.

For the average cinema-goer this film may take a while to adjust to. It is gorgeous to look at and to listen to; a sweeping shot of a spirited, one-legged chicken perched under an ornate dead tree is a personal favourite and the diegetic sound is so immersive that you come to fear the man-made noises as much as the animals do. But there is no narration, no music and almost no human presence – as someone whose first year film school class sarcastically clapped when Koyaanisqatsi finished, I can understand why a film like this may lack appeal to a broader audience. I really hope that the current push for considering the source of our food (partly thanks to Netflix documentaries) encourages people to see this film – it’s so much more impactful than any I’ve seen.

Gunda made me regret my existence as a human and changed my dietary habits to the detriment of my local coffee shop, whose ham and cheese croissants I continue to mourn. I’ve come to realise that emotional discomfort is a small price to pay for an epiphany, and I hope that Gunda’s face haunts me for the rest of my days. (10/10)

Laura Blundell
I remember seeing A Goofy Movie in cinemas at the age of 4 and thinking "this is art."
10 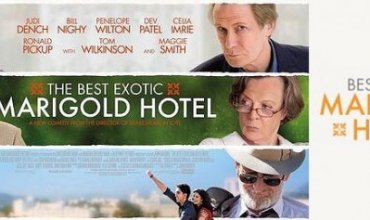