Happy Death Day was a surprise hit in 2017 with its fun slasher time loop theme, so it should come as no surprise that a sequel is already here.

Happy Death Day 2U picks up almost exactly where the original left off, once again focusing on Tree Gelbman (Jessica Rothe) as she’s forced to relive a day in her life over and over again, each time ending with her brutal death. The difference is, this time the movie explores how it happened.

The creators used identical concepts in the sequel as they have in the original, however, it doesn’t quite hit the same note this time around because we know Gelbman’s body deteriorates each time she dies. Which the movie addresses, yet still makes her character voluntarily kill herself in “fun” ways. 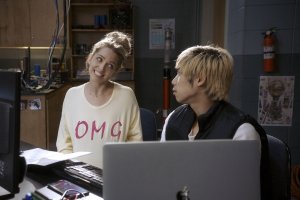 The story started off promising by trying to scientifically explain the time loop but quickly loses steam when an aspect of the script is revealed, while Happy Death Day 2U rightfully doesn’t take it self seriously, there is a moment that is beyond ludicrous and almost ruins the rest of the film. It leaves an impression that the writers were lazy and decided to throw in every idea they had without tweaking the script to make it work seamlessly.

Happy Death Day 2U is meant to be a mystery slasher film but it almost ignores one of the key elements of the story, the killer, in favour of a sappy family and love story. It’s not until the third act that the film remembers to focus on who is attempting to kill Gelbman and why.  At this point, the identity of the baby masked murderer is incredibly predictable and lackluster. 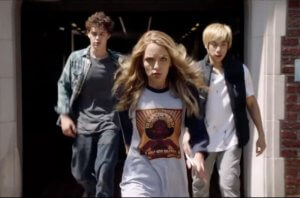 The full cast returns from the first one, including Phi Vu, who has a significant role this time around beyond just opening the door repeatedly. Jessica Rothe, Israel Brossuard, Ruby Modine and Rachel Matthews are joined by newcomers, Sarah Yarkin and Surej Sharma. While the full cast is what really makes this movie enjoyable, Rothe thoroughly carries this movie on her shoulders and she does it brilliantly. Had it been any other actor, this movie could have been tedious.

Happy Death Day 2U does have moments of entertaining fun if one can look past a messy and predictable script. 5.5/10

Happy Death Day 2U is in cinemas now 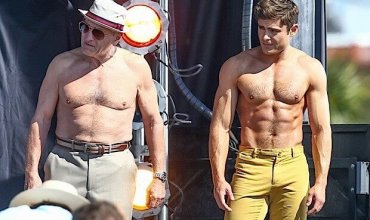