It took a decade to bring it to screen but Happy Death Day is finally here just in time for Halloween.

Tree (Jessica Rothe) wakes up on the morning of her birthday in Carter’s (Israel Broussard) dorm room. Not remembering who he is, how she got there or much of the night before, she decides to quickly head back to her sorority house. Along the way she encounters certain characters who come across a bit dubious, including her professor and stalker-ish guy who she went on one date with. That night she ends up brutally murdered. Following her murder, she wakes up in Carter’s dorm room again with exactly the same scenarios playing out as the day “before”. Tree soon realises she is reliving her own death day and the only way to end it is to prevent her murder and find out the identity of her killer.

Happy Death Day does involve multiple murder scenes and perhaps a few jump scares but they are done without depicting the final few seconds of each murders. Overall, the movie is mostly filled with humour and mystery rather than horror and gore.The cinematography and soundtrack are also bright and happy which gives the story a cheerful tone majority of its running time.

Director (Christopher Landon) and the writer (Scott Lobdell) strike a perfect balance between replaying the same day but keeping it fresh with introducing new elements to the story while they slowly reveal the killer. Additionally, the actors, especially Rothe and Broussard, are mpressive with re-creating the same routine and facial expressions in vital scenes shown repetitively. 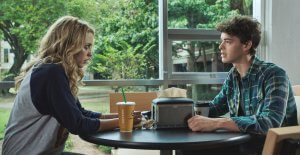 The story of Happy Death Day has very little clichés and flows well for the first three quarters of the film. The few little inconsistencies can be forgiven as they are there to keep the story going, however, the movie starts to lose its steam in the last quarter as the plot holes become too noticeable along with the inevitable twist waiting around the corner. Watching the movie, I got the feeling that the problem with how the story ties together has more to do with editing rather than the script.

Though Happy Death Day takes on the same concept as Groundhog Day – it does so with a deathly fun twist. If you don’t mind some plot holes and love dark humour then you are sure to enjoy this film.

Happy Death Day is the latest offering from Blumhouse Productions and Universal – a partnership that have rolled out numerous successful movies and their latest will likely to continue their success. 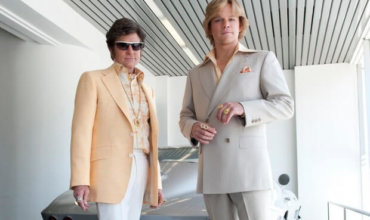