HIDDEN FIGURES: Yep, there’s Oscar buzz around this flick. But does it live up to the hype?

HIDDEN FIGURES tells the fascinating (and largely unheard) story of a team of African-American women mathematicians who overcame the hurdles of race and gender inequality to play a pivotal role in getting the USA into the front running position of the “space race”.

Based on true events, I couldn’t help but feel alarmed that the snappy quote “Houston, we have a problem” is more widely known than the massive contribution of these inspirational women! (Though you gotta admit, it’s a killer quote right?! Especially when delivered by Tom Hanks. Love it!)

Thankfully, this flick will help bring the wonderful true tale to global attention.

The stellar story is the real star of HIDDEN FIGURES, and perhaps the filmmakers could see this. It appears they’ve either decided to let the story speak for itself by presenting it plainly…or maybe they just got lazy.

Either way, this is a unashamedly formulaic film. There are no surprises. In fact, the execution of this film is so predictable that (despite the GREAT acting, super catchy soundtrack and inspiring story) I found myself looking at my watch a few times.

The slightly overlong run time of 2 hours and 10minutes could have also been a factor.

Don’t get me wrong! Formulaic execution aside, it’s still an inspirational story with plenty of laughs – and even more heart. It’s highly enjoyable and solidly entertaining.

HIDDEN FIGURES: A fantastic story that made an enjoyably heartwarming, albeit formulaic, film. I rate it 7 stars. 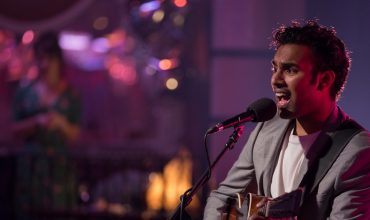