Co-directed alongside David Palmer, starred in, edited and written by Dax Shepard, ‘Hit and Run’ is heading into cinemas at the tail end of the block buster season. The concept behind ‘Hit and Run’ is very straight forward, a member of the witness protection program hiding out in country California makes the decision to risk popping up on the radar of certain undesirables in order to maintain his relationship and help his girlfriend relocate to Los Angeles for a dream job opportunity.

The story driving the film never gets any more complicated than that, instead opting to remain mostly superficial and in some cases pretty flimsy, the progression of the various character arcs throughout the film become somewhat clumsily handled as they are all thrown into a melting pot mixture of scenes.

Where ‘Hit and Run’ really shines is not so much with the writing, or the photography which becomes quite incoherent during various action scenes, but with the cast. It is quite obvious ‘Hit and Run’ is populated with a cast of names that have mostly worked together before, and/or have an off screen relationship connection with the film.

There is an ample amount of on-screen chemistry on display here as real life couple Bell and Shepard take the lead roles in the film. The pair deliver a quirky and fun on-screen relationship with great comedic timing and dialogue exchange. Bradley Cooper portrays an unlikeable character but manages to do so with a certain charisma, and again in a ‘buddies getting together to shoot a film’ kind of way has a jovial and charmed chemistry with Shepard on screen.

In a more slap-stick comical role is Tom Arnold who manages to hit all the right cues for the physical comedy elements in the film. Arnold delivers an outlandish character who randomly pops up throughout the film leaving his mark.

In a comedic sense, ‘Hit and Run’ has great timing, funny gags and hits all the right notes to keep the film entertaining from beginning to end. The action side of this action comedy doesn’t work out as well but is serviceable enough.

‘Hit and Run’ is likely to be well received by fans of the cast, who will no doubt love watching them having a good time on-screen, for everyone else it still delivers an entertaining time without leaving a lasting impression.

I’m giving ‘Hit and Run’ six out of ten stars, it’s released in cinemas around Australia on Thursday 6th September 2012. 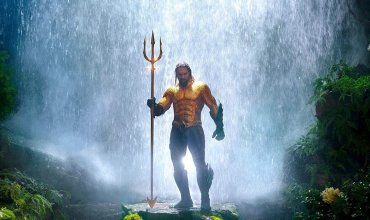