I Feel Pretty has attracted a whole lot of controversy before it was even released. So is the backlash justified?

The story introduces us to Renee Bennett (Amy Schumer) who doesn’t like her physical appearance and dreams of looking like a supermodel. Working at a big beauty company, Lily LeClair, only ends up playing on her lack of confidence. Hell bent on making a change, Bennett finds herself injured in a gym accident during her attempt of achieving the body she deems “perfect”. This accident causes her to see herself as beautiful. Believing that now she is stunning, Renee confidently applies for a job she’s been after at the company – a receptionist role at the Lily LeClair headquarters.

The story starts off in a way we can all relate to Bennett. After all, everyone has dealt with conceited sales people (think modern Pretty Woman), we all think we need to lose weight, and have squeezed into clothes that are a size too small at one point or another. While trying to manage our confidence in a society where technology and beauty collides on platforms such as Instagram and YouTube to saturate us with beauty ideals to make us feel mediocre with just one click. Renee attempting to follow a YouTube beauty tutorial and failing miserably is one of the most relatable and hilarious moments in the film. Hitting a sad note but equally relevant is her dissatisfaction with her body when she looks in the mirror. 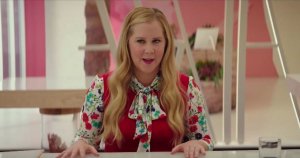 At this point, I thought the criticism was unwarranted but as the story progressed it increasingly became obvious that the writers relied on outdated stereotypes of women fed to the masses by Hollywood. I Feel Pretty follows the age old concept that unless a female looks like a supermodel then she is insecure, miserable, and desperately wants to be “pretty”. If a woman is thin, wears makeup, and dresses up then she is vapid, selfish, and superficial.

As with all comedies, stereotypes are used and often exaggerated for cheap laughs which is the case in the second act of this film. It comes across as lazy writing and if you’ve seen Shallow Hal then you would understand the entire notion of this story already.

The story in itself is quite nonsensical at times, the idea that Bennett would give up a well-paid job in the company to become their receptionist in order to work with the “beautiful” people at HQ is absurd, even more so is the fact that she only got the confidence to apply after she believed she looked “beautiful” not based on her qualifications. Despite some of the stale & ridiculous concepts there are some genuine feel good moments which will make even the harshest critics laugh.

She has copped a lot of abuse because of this movie but Amy Schumer is likable in her role as Renee Bennett. Even though we’ve seen this type of character before, she makes the role her own without making you feel like you’re just watching Schumer being Schumer.

Thankfully the last fifteen minutes has the same tone as the beginning of the film. As the ending is near the message of the movie is clear – it’s all about self-acceptance and confidence and everything else will follow once you have both. With all of that being said, It would have been a much more enjoyable movie had the creators came up with a fresh and new way of telling the story. 5/10

I Feel Pretty is in cinemas now 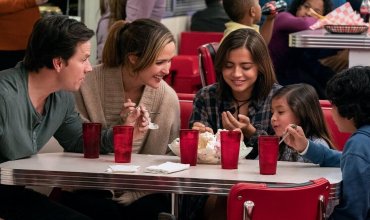 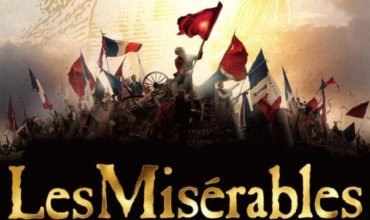