It is 1962 and France is pressuring Monaco to change its laws because wealthy French citizens and companies are moving to the tiny principality and using it as a tax haven. French president, Charles de Gaulle is determined to retrieve the taxation he believes rightfully belongs to France and is prepared to create an international incident in the process. Prince Rainier III, Monaco’s reigning monarch, disagrees and the nation becomes locked in an unequal struggle with its larger neighbour. What can save the bite-sized state from de Gaulle’s political over-reach? Could it be former Hollywood star Grace Kelly, now Her Serene Highness Princess Grace of Monaco?

Not since STAR WARS: THE PHANTOM MENACE (1999) with its trade embargo storyline, have movie audiences been lucky enough to be immersed in the drama of an administrative dispute between political entities. However, writer Aresh Amel and director Olivier Dahan have cleverly intuited that a tale of taxation will only excite some, whereas all are fascinated by the dazzling lives of royals and movie stars.

American Grace Kelly was, of course, both. She became a Hollywood star in the in films like Alfred Hitchcock’s DIAL M FOR MURDER (1954), TO CATCH A THIEF (1955) and REAR WINDOW (1954). She also won a Best Actress Oscar for her role in THE COUNTRY GIRL (1954). She was a bona fide star from a wealthy background who was also a fashion icon of the era. It was while she was part of a US delegation at the 1955 Cannes Film Festival that she met Prince Rainier. They married in 1956 and she became the Princess consort of Monaco.

The European and US media lost their collective mind over this pairing.  They covered the wedding in minute detail. The fact that Kelly was a commoner and an American meant the union with Prince Rainier was described as a ‘fairytale’.  This particular idea has been recycled numerously since for Britain’s Princess Diana, Catherine the Duchess of Cambridge and Australia’s own Danish royal, Princess Mary to name but three. Regular non-royal women marrying princes are always supposed to be living a dream come true.

GRACE OF MONACO begins with the idea that the fairytale wedding performed for the cameras has become a rather more mundane marriage, six years on. Her Serene Highness is not accepted by the people as one of their own. Her spoken French is not yet second nature. Worse still, she seems not to know how to be effective as the Princess. Her search for a place in this world leads her to consider a return to acting. She is visited by Alfred Hitchcock and asked to consider the title role in a new film he is preparing, the psychological thriller MARNIE.  While Grace struggles with her identity, Monaco struggles through the months of the French taxation blockade.

The trouble with GRACE OF MONACO is that it attempts to tie together too many elements. There are numerous ideas teased into view and then dropped. For example, Kelly was thought of as regal when she was in Hollywood, but is portrayed as slightly awkward when surrounded by these sophisticated Europeans. Feminism is given a nod when we see Rainier’s negative attitude regarding Kelly’s work as an actor or indeed having any kind of employment. She was arguably at least as good at her original job as he was at his. The movie works hard to convince us that the Prince and his advisors spent much of their time engaged in political machinations. However, it also wants to hit us with the Glamour of Grace. This unwieldy mix doesn’t make for a convincingly authentic biopic. In fact, GRACE OF MONACO feels somewhat like an old-fashioned movie, made in 2013, for US$30 million.

That makes this concoction very entertaining to this writer. I enjoy old movies. I like how at one moment it’s a bit like ROMAN HOLIDAY (1953) and then reminds one of WHISKEY GALORE! (1949). A quick survey of the critical drubbing GRACE OF MONACO has received, shows that other reviewers were not so kindly disposed. A new old movie is clearly not what they were looking for.

Grace is presented somewhat implausibly as an Eliza Doolittle character with two Henry Higgins figures to guide her. One is Frank Langella playing Father Francis Tucker and the other is Dereck Jacobi playing an expert in royal protocol, Count Fernando D’Aillieres.  Both actors are in fine form. Langella purrs through all of his lines. Jacobi is deftly theatrical in his scene–stealing role. All their stuff with Kidman is fun or melodramatically entertaining at least.

Kidman is good in her role. It’s the movie that’s askew. Tim Roth is somewhat lost as Rainier. The casting of Robert Lindsay of television’s MY FAMILY as Aristotle Onassis is pretty weird. Has Europe run out of senior Greek actors? The other star of the show is costume designer Gigi Lepage. Unlike the movie DIANA (the 2013 Princess Diana biopic) which strove to match precisely the wardrobe of its title character, Lepage was required to create costumes in the style of Princess Grace, not exact copies. She worked with Dior, Balenciaga, Hermes, Cartier and Swarovski among others to achieve this. Kidman doesn’t look like Kelly, but her years wearing haute couture on the red carpet have stood her in good stead.

The Royal Family of Monaco have called this film a fictionalised account of Grace Kelly’s life.  This seems more than fair. This movie is not an accurate rendering of Princess Grace in the early 1960s, rather it’s a melodrama with odd casting choices, a plot about political manoeuvring and family intrigue, and the highlighting of fabulous frocks and stunning millinery.

GRACE OF MONACO runs for 103 minutes. I am swimming against the tide of “worst film ever’ reviews and rating this a 6/10.

Battle of the Sexes Review 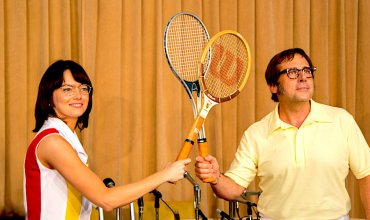 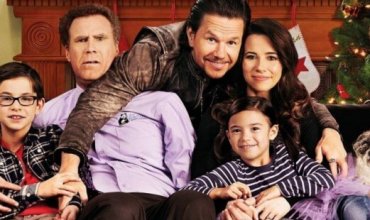