The trailer of LA LA LAND got me excited. Raised on the likes of SINGING IN THE RAIN, FIDDLER ON THE ROOF, CABERET, CALAMITY JANE and everything Gilbert and Sullivan, musicals are close to my heart. So how did LA LA LAND rate with this old fashioned musical fan?

The simple story is incredibly sweet. An aspiring actress (Emma Stone) and struggling jazz musician (Ryan Gosling) meet in a bout of road rage in an L.A traffic jam. They continue to bump into each other and a love affair ensues. But the two must ultimately decide what comes first: Their dreams or each other.

Writer and Director Damien Chazelle (WHIPLASH) wastes no time easing audiences in to the idea of a reality bending musical. BAM!: Within seconds of the film hitting the screen, you are plonked in the middle of a well shot (but slightly jarring) opening number – complete with cheesy grins, jazz hands and box steps.  It feels like something straight out of the Disney channel.

The film that follows is far subtler; its musical influences drawn from the classics, with definite nods to SINGING IN THE RAIN and THE UMBRELLAS OF CHERBOURG. Interestingly, there are periods that don’t feel like a musical at all, but fall more into your conventional romantic drama genre.

The result is an incredibly charming, but slightly uneven, film…. atleast in musical terms.

Stone isn’t what you’d call a phenomenal singer, and the simplistic songs sung by Gosling give him little room to show off any vocal ability he may have. However, this matters little. Their chemistry is undeniable (this is their third film together), and their acting so strong you can forgive their slightly underwhelming vocals.

While no Eleanor Powell and Fred Astaire, they handle the choreography wonderfully, and execute every move with flair.  Trained dancers may raise an eyebrow, but as someone driven by character more than technical perfection I was delighted.

The original songs are simple, yet beautifully melodic.

Aesthetically, LA LA LAND is beautiful. Presented in Cinemascope, the visuals are sumptuous and dreamy, with long shots reminiscent of the filming styles of the golden musical era Chazelle is so clearly drawing from.

Dripping with dreamy magic and nostalgia, LA LA LAND has real heart. Chazelle obviously loves film, music and Hollywood, and his passion positively oozes from the screen. It has flaws and is, at times, uneven. Yet Stone and Gosling are adorable, and the finished product utterly charming. 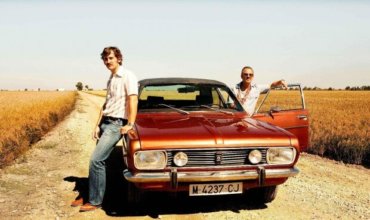 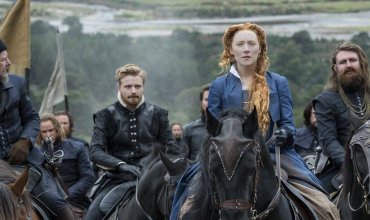