There was a lot of buzz around Knives Out prior to its release, so does it live up to the hype?

Knives Out is a “whodunnit” crime story that is meant to keep you guessing all the way until the big reveal. There is not much that can be said without ruining the plot for everyone. However, I can say that this movie is about a rich and spoiled dysfunctional family living in a beautiful remote country estate where the patriarch of the family, (famous crime writer Harlan Thrombey) is found dead after a party.

At first glance, it looks like suicide but sometimes first impressions can be deceiving. Or perhaps it is as it seems in this case? To find out the truth, the local police are work alongside the notorious private detective Benoit Blanc (Daniel Craig) to help with their investigations. The catch is, no one knows who hired detective Blanc, not even the man himself. As the story goes along, it becomes clear that everyone has a motive to want Harlan dead (Christopher Plummer).

One of the biggest drawcards of this movie is the star-studded cast. Appearing on screen alongside Plummer and Craig are veterans Jamie Lee Curtis, whose character provides plenty of humour due to her belligerence, the scheming husband played by Don Johnson, Toni Collette, whose portrayal of an entitled life style guru/influencer will make you chuckle, Michael Shannon, Chris Evans, Katherine Langford, Ana de Amas, Lakeith Stanford, Jaeden Martell and a host of others. Joseph Gordon Lewitt also makes an “appearance”.

Detective Blanc is at the forefront of the story as he interviews the family during his investigations. However, he is not the lead of the film, that title goes to Marta (Ana de Amas), who also happens to be the heart of the story and Harlan’s caregiver. As well as the daughter of a struggling hard working immigrant. The very same people the Thrombey family belittles multiple times during the film. Needless to say, director-writer (Rian Johnson) is making a less than subtle social commentary with that portion of the story.

Knives Out is visually spectacular with its grand opulence but restrained enough so that it doesn’t take away from the characters and mystery of the film. Johnson and Steve Yedling (cinematographer) combine the traditional style of “whodunnit” genre while injecting modern aspects to keep it relatable and fresh.

While this film is thoroughly enjoyable and would recommend putting it on your list of movies to watch, it is certainly not perfect. There are some plot holes that can’t be ignored and unfortunately can’t be explained here as it would give away the end. However, if you are a huge movie buff, you’ll pick it up within the first thirty minutes. One key aspect of the ending is a bit too predictable which diminishes the “big reveal” that is designed to shock you. Though the reveal has multiple surprises which slightly makes up for the predictability. 7/10

Knives Out is in cinemas now. 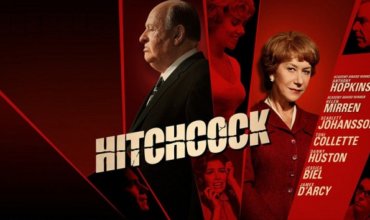