An epic journey into the world of dinosaurs where an Apatosaurus named Arlo makes an unlikely human friend.

Newcomer director Peter Sohn is at the helm of the newest Pixar film ‘The Good Dinosaur’, which poses the question in the opening few minutes, what would have happened if Dinosaurs hadn’t become extinct? From that initial idea, the rest of the film unfolds which is essentially a coming of age tale for a young dinosaur seeking to find his place both in the world, and within his family. 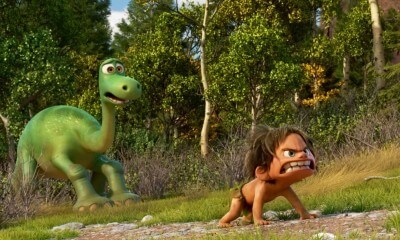 Everything essentially boils down to the relationship between Arlo and Spot, the dinosaur and his boy. Their friendship is nurtured and tested during the film with a satisfying conclusion following an adventurous journey for the pair.

More than most pixar films, The Good Dinosaur in a story sense does feel disappointingly generic, certain plot points are quite predictable, the beginning and end points are expected and overall there aren’t any real surprises. While that formulaic approach does prevent it from joining any of the highlights of the Pixar library, it remains an enjoyable and entertaining film. 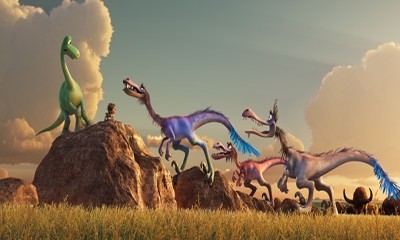 There are more than a few funny moments with a blend of adult/child humour, and some interesting eccentric characters that maintain the films enthusiasm. Thematically it explores friendship and family quite strongly, as well as the challenges of growing up. The film doesn’t avoid the savagery of prehistorical times either with the threat of mortality never far away. 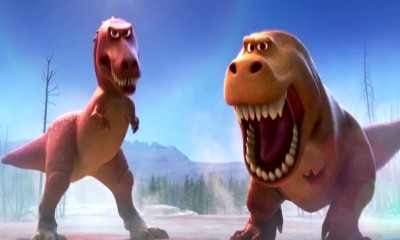 Where The Good Dinosaur excels is in its visual quality, this film looks absolutely gorgeous and one unforgettable highlight is the photorealistic landscapes upon which much of the film takes place. These scenes are breath taking and the perfect complement to the story unfolding on screen. 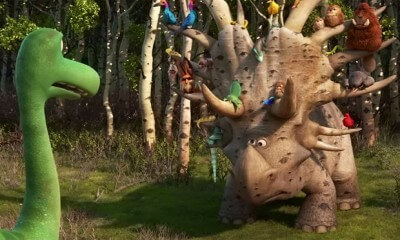 It’s no secret that this film endured a very troubled production, following its announcement several years ago it was revealed during production that original director Bob Peterson left the project with significant story changes made along the way as well.

This may explain the apparent fall-back position of something so familiar in this final version of the film, but despite whatever occurred Pixar have delivered a fun holiday season film.

I’m giving the Good Dinosaur 6 out of 10 stars, it’s released in cinemas around Australia from 26th December 2015.

Made in Italy Review 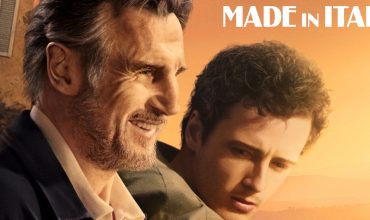