THE SPY WHO DUMPED ME is a starring vehicle for Mila Kunis and Kate McKinnon. Kunis plays Audrey, a young woman with a somewhat dead-end job who is still suffering from the break-up with her boyfriend Drew (Justin Theroux) from a year ago. Her emotional support is her co-worker and best friend Morgan (McKinnon). During a disastrous birthday celebration, Audrey discovers that Drew was a CIA agent. This leads to a series of circumstances that launches her and Morgan on an unplanned, last-minute trip to Europe, where they find themselves being chased across the continent by lethal foreign agents.

Along the way, they meet an attractive British agent Sebastian (Sam Heughan) who may be trying to kill them or possibly he’s on their side? It’s hard for them to tell. Audrey and Morgan have a mission to complete, but they don’t know precisely what it is and they aren’t trained in any form of espionage or combat. The pair are amateurs who are literally out-gunned by professionals, and thus the stage is set for comedy and mayhem.

Comedy-wise, Kunis is the straight-woman of the double act and McKinnon is the reliable laugh-getter. The mayhem is well handled by director Susanna Fogel; there is slick hand-to-hand combat and gunplay and some very tight car and motorbike stunts on offer. The movie has one-quarter of the budget of MISSION: IMPOSSIBLE- FALLOUT (also currently in cinemas) and yet it does a decent job keeping the pace up and the violence entertaining.  In this era of big-budget action flicks, even the comedy versions have to pack some punch.

Fogel and her co-writer David Iserson have television credits, but this film sits well in a movie category that includes the recent espionage comedies SPY (2015) and KEEPING UP WITH THE JONESES (2016). It differs mainly in one area, even though it has a rom-com strand, this is a buddy movie that centres on Audrey and Morgan’s friendship. Fogel and Iserson’s inclusion of that friendship as an important story element gives this genre tale some heartfelt moments that weave nicely with the gags.

MacKinnon is regularly the MVP in her job on Saturday Night Live and she is well showcased here. Heughan, known by millions as Jamie in television’s Outlander is the love interest in this female-skewing flick. He has an appealing, low-key presence that complements Kunis and MacKinnon. Kunis who proved her comedy chops years ago in That 70s Show is playing a woman not too far removed from the type of character she played in films like FRIENDS WITH BENEFITS (2011) or BAD MOMS (2016). Which is to say, the sane, centred, relatable romance-seeking lead. She is good at this and better than most in what can be a thankless part. It would be good to see her go for a less-balanced, darker comedy role in the near future.

THE SPY WHO DUMPED ME has for some unknown reason got mixed reviews. I found it a good combination of smart and stupid gags, slapstick and witty asides with some well-executed stunts and fights and engaging performances from the cast. This a fun 1 hour and 57 minutes at the movies. (7/10) 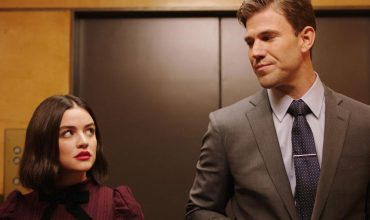 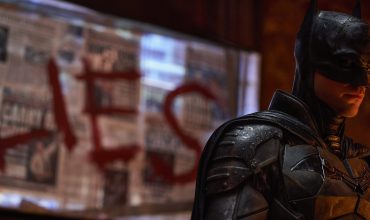