Cate Blanchett is note perfect as the lead in Todd Field’s much anticipated drama Tár, but is it a film that is too wrapped up in itself to appeal to the average Joe?

Tár tells us the haunting story of titular Lydia Tár (Cate Blanchett), a conductor on the verge of her biggest achievement, and potentially her own undoing. The “Maestro” (Tár) is the severe and demanding conductor of the Berlin orchestra, passionate and absorbed entirely in her music. She’s married to her first violinist Sharon (Nina Hoss) and they have one child, who is her one soft point. As we are shown more and more of her life touring, running scholarships for female conductors, and rehearsing for her upcoming performance we begin to see it unravel before us in a wash of clandestine affairs and undercurrent of paranoia.

Tár’s stoney demeanour begins to unravel as her assistant (played by Noémie Merlant), an overlooked conductor in her own right and graduate of the “maestro’s” mentoring program, reveals that she has been receiving a barrage of manic emails from another former mentee. Other affairs come to light and Lydia is accused of grooming her female students and bestowing favour on those who choose to share her bed. This does appear to be the case as she grants a place in the orchestra to a promising young Russian cellist, seemingly more for her looks than her musical prowess. Her descent into infamy would not be complete without being ridiculed on social media as a stirring speech on the importance of Bach is taken out of context and goes viral as she is painted as a transphobe and a racist.

However, Tár’s undoing truly comes from within. She becomes paranoid, hypervigilant and her relationships begin to fracture. As she tries to save her career, each of the choices she makes push her further from the bright lights of the conductor’s stand, and her family. She ends up seeking refuge in far seedier locales, as she becomes increasingly desperate to cling to her baton.

This is perhaps Blanchett’s finest role. From well-dressed in a bespoke three piece suit, to hair down, seemingly enraptured by the soul of the orchestra itself – she is enchanting, egocentric and enigmatic as her character loses control. Her performance is enhanced by Field’s other-worldly marrying of Hildur Guðnadóttir’s resonant soundtrack with almost velvety shots of Berlin’s concert halls and gritty scenes from other places much darker. There are elements that will fly above the heads of non-musos, but it certainly is a glorious exploration of the impact of hubris and the loss of control. 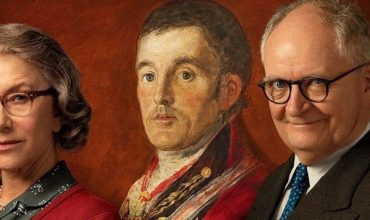 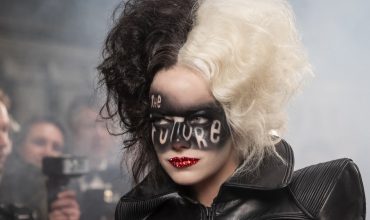