In a bright and colourful future, a young destitute caretaker gets targeted by the ruthless son of a powerful family who lives on a planet in need of a new heir, so she travels with a genetically engineered warrior to the planet in order to stop his tyrant reign.

Jupiter Ascending comes from the Matrix trilogy creators the Wachowskis, with what is just their third film since 2003. This latest film brings a sci/fi – space opera tale to the screen, with Channing Tatum and Mila Kunis in the lead roles.

The Wachowski’s explore some genuinely interesting ideas with this film, they introduce an intergalactic setting which can boast a depth reflective of a lot of thought and ideas that has gone into it, but unfortunately the plot isn’t woven together into a very well-crafted manner which leaves the film disjointed, somewhat abstract, and without any genuine substance which is disappointing as it demonstrates so much potential.

The Wachowski’s introduce various aliens, interesting characters that are ultimately left too superficial, there’s some politics thrown in for good measure, concepts of reincarnation and moralistic ambiguities however with all the ingredients in place, Jupiter Ascending simply doesn’t deliver in the most important aspect which is to tell a compelling story amongst all these great ideas.

The visual effects (of which there are plenty) in Jupiter are magnificent, in fact the overall production values look brilliant. The Wachowski’s made much greater use practical effects that what is common at the moment and the results speak for themselves. With some interesting ship designs and great looking backgrounds, this is a slick film. 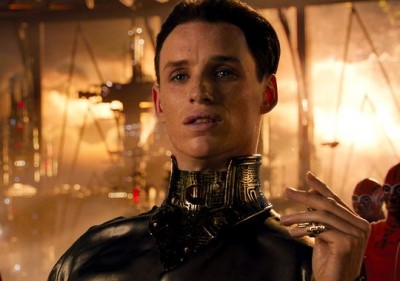 Further to its visuals there is some really well-designed action to be found, making use of the technology of the setting, as well as some sequences manufactured by plot, the action in the film is interesting, well executed and a little different which keeps things fresh. The downside however is that at times it gets too distracted by its own action flair that it (particularly in the opening act) detracts story wise, and compounds some of the films wider problems. 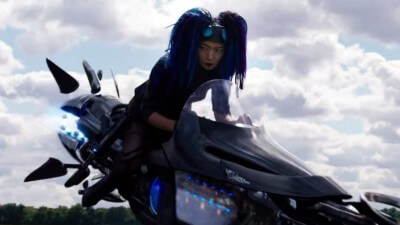 Channing Tatum delivers a solid performance here, again though his character is an example of some interesting ideas and concepts that aren’t executed particularly well. We get hints and glimpses of a past, and wider story to the character that ultimately isn’t capitalised on. Mila Kunis is generally a sound additional but nothing more than that, while perfectly serviceable to the film she lacks some charisma and strength of screen presence that would make for a more engaging performance.

Eddie Redmayne gives a memorable performance, sometimes for good reason other times not, however this is more reflective of the directing style the Wachowski’s are going for. Jupiter Ascending makes some odd creative choices at times, and some performances do tend to come off a little over acted at certain moments. 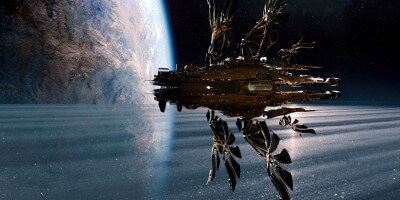 Overall Jupiter Ascending is worth watching, it’s an enjoyable film and is visually sensational. Ultimately though it’s disappointing, not because it’s not a good film, but because it displays so much potential and creativity which it then fails to make good use of in delivering what could have been an intriguing opening chapter to a series that will probably no longer unfold.

I’m giving Jupiter Ascending 6 out of 10 stars, it’s in cinemas around Australia from Thursday 19th February 2015. 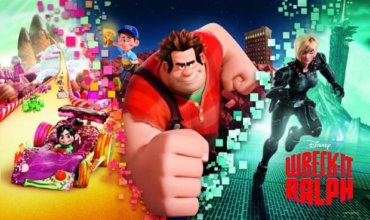 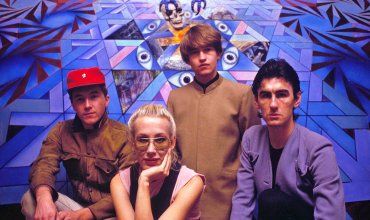