Eggsy Unwin (Taron Egerton) the novice spy of 2014’s KINGSMAN: THE SECRET SERVICE returns in its first sequel KINGSMAN: THE GOLDEN CIRCLE. Another movie—­­­­­­­­­­­and now, we’re franchising, folks! The original film was a box office champ almost three years ago, could this next chapter be equally successful?

Eggsy is, somewhat unexpectedly, still with actual Swedish Princess Tilde (Hanna Alström), whom he met in a mountain lair during his rescue of the planet. The Kingsman group, a private intelligence organization, lives on with a new head (Michael Gambon) but the same objective, protecting the United Kingdom from the shadows. Clearly, they’re unaware of Brexit. Merlin (Mark Strong) remains in the boffin role. He’s a steady and calming influence on young Eggsy. Through the magic of screenwriter re-interpretation, Eggsy’s mentor Harry (Colin Firth) returns. We might normally keep that quiet, but Kingsman 2 seemed happy to let that pug out of the doggy door in the official poster.

The new threat, somewhat like the old threat, is an American villain with massive financial resources. Her name is Poppy (Julianne Moore) and she is the world’s biggest drug baron. She is tired of hiding out in the South American jungle and decides to take on the US government in an audacious and potentially genocidal plan that involves a deadly toxin. Can the Kingsman team put a stop to this with the aid of their American counterparts, the Statesman crew?

Class is a factor in most British films and interestingly, Kingman 2 wants to have its Victoria Sponge and eat it. Eggsy is both an ex-hoodie/chavvy council estate lad and now comfortably a Savile Row suited gent who knows his way around a wine cellar and a cutlery drawer. He’s both posh and down-to-earth. This outing’s variation on that lazy formula is that the Brits meet the Yanks and class differences morph into cultural ones—and trans-Atlantic competition and awkwardness ensues! Except it doesn’t. Meeting the Americans in the form of Channing Tatum’s character is fun. Working with Pedro Pascal’s whip wielding cowboy is also entertaining, but somehow, none of it quite gels.

Even more so than the first film, the over-packed story is always in motion, but the whole thing feels somewhat rushed. This is good, in that it keeps a long film from getting bogged down, however some moments and scenes are left feeling inconsequential. The Eggsy/Harry relationship is handled well. It’s their father-son type relationship that is a strong line through both movies. The talented cast has notable highlights rather than well-drawn scenes in a structured plot. So there are good bits for Julianne Moore, Mark Strong, Pedro Pascal and Colin Firth.  Fans will love these hits of high-octane action and reliably smutty gags.

If you enjoyed the first Kingsman flick, you will almost certainly enjoy this one. Only those who find repetition a minus, won’t get into this very similar journey through giant set-pieces, abundant CG images and complex action sequences. KINGSMAN: THE GOLDEN CIRCLE is screening all over Oz from today. 140 minutes. (6/10) 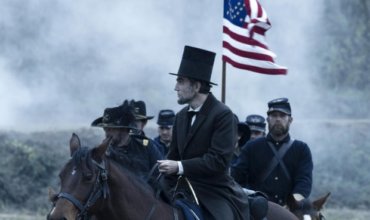 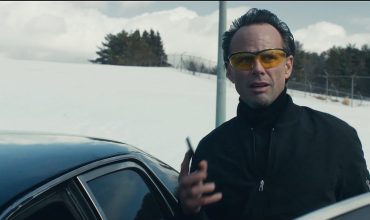