Emmanuelle Devos of Read My Lips plays a “nose” in a film about olfactory frustration that doesn’t involve murder and embalming. Shame. Nevertheless, Perfumes (by Grégory Magne) has notes of sweetness and a drydown similar to that of 2011’s The Intouchables. Devos is wonderful as Anne Walberg, a somewhat prickly but deep-down sensory sook whose falling out with the perfume world, and desire to get back into it, echoes Lee Israel’s plight in both life and Can You Ever Forgive Me? (minus the forgery.) It’s one of those fluffy French films (à la Priceless) that won’t change you but perhaps by the end of this one you’ll be better equipped at describing the complex aroma of bin juice.

Grégory Montel plays Guillaume Favre, a single father trying to prove to the court that he’s a functioning adult in order to get joint custody of his ten year old daughter. He is a chauffeur with more demerits to his licence than even me (I’m sitting pretty on ten after a public holiday red light run) and a “24 or 25” square metre apartment unfit for hosting a child. Guillaume almost loses his job and, lacking the resources to transform into a vaguely British nanny to avoid the awkwardness of chaperoned visits, he is forced to take on Devos’ Anne as her personal chauffeur/bed sheet-changing assistant. The reluctant driver/haughty woman passenger tale begins – he teaches her some lessons about how to treat employees, and she teaches him how to use his beautifully large schnozz.

The synopsis for Perfumes reads “a chauffeur lands a driving job with a perfumer who struts around like a diva”, and being such myself (a diva, that is – I’m an obviously horrid driver), I was looking forward to some Miranda Priestly-esque bullshit. But Anne is hardly a diva and describing her as such doesn’t really do justice to her character and the way Devos plays her. Is she socially inept? Of course – it’s the price she pays for being a genius in her field. But there’s nothing nasty about her demeanour and she’s fully capable of opening up and changing given the right coaching. Guillaume proves an amiable coach, and their relationship becomes mutually beneficial in a (somewhat predictably) complementary way.

A scene towards the very end depicts school children being taught that layering two distinctly different scents can result in one of the greatest inventions of our time – Coca Cola. With cinnamon on one stick and citrus on the other, the kids are instructed to tumble the two sticks until the scents combine. Perhaps the metaphor is a little on the nose (excuse moi), but there’s nothing wrong with a nice little story about two very different people getting along – especially when they are played so beautifully by Devos and Montel.

Where Perfumes succeeds most is in the brief little peeks we get into the freelance jobs Anne takes on while waiting for her big shot back into the perfume world. Luxury bag companies trying to mask the foul stench of their tanned leather with a month to go before release; cave tour companies whose market research suggests the customers expect a more ‘cavey’ smell; a factory that literally smells like rotten eggs asking her to save them from the disgruntled snouts of the neighbours. I was totally unaware that such briefs existed for creatives in the real world, and it was eye (or nostril?) opening.

I loved seeing Perfumes on a rainy Monday evening, hosted by Windsor Cinema’s riotously funny Darren – such cheeky banter and film trailer commentary should be staples of any screening. I rate it the same score that I would rate Estee Lauder’s Modern Muse – perfectly lovely and rosey, but smells like a lot of other scents and doesn’t quite last the day – 6.5/10.

Perfumes opens in cinemas from July 1 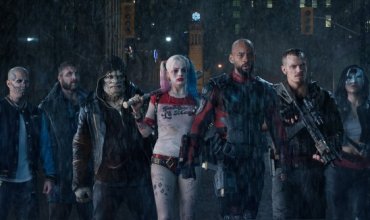