Perthians, who were quick on the draw, may have seen MARSHLAND (La Isla Minima) as part of the Spanish Film Festival back in March. If not, here’s your opportunity. The film is set in 1980 against civil unrest as a result of General Franco’s death, although he died several years previously. After 36 years of Francoist rule, Spain has voted to become a democracy. What this means is anyone’s guess. Doubt and suspicion are in the air.

Against this background, two teenage sisters have mysteriously disappeared from the small marshland town of Villafranco del Guadalquivir. Detectives Pedro (Raúl Arévalo) and Juan (Javier Gutiérrez) are sent to investigate. Pedro and Juan exercise differing methods and have a mutual distrust, but are forced to unify as they are met with an overwhelming resistance from the community. The missing girls are just the beginning; there are indications of further sinister activities, as the detectives delve into the labyrinth of town secrets.

Comparisons have been drawn between MARSHLAND and the much-lauded first season of the television miniseries True Detective. The heat, small town setting and suspicion between the investigating cops is similar. The difference is in the sparse dialogue. Neither of these detectives are talkers. They are experienced observers who are trying to pick through the clues in a hostile environment.

There are major crimes taking place in the marshland. It’s a place of great natural beauty and brutal violence. The older cop Pedro, is an old school detective who seems more at home with death and whose methods run counter to the new Spain everyone is supposed to be working hard to build. Juan is young and ambitious. He is also ethically inflexible and this unwillingness to compromise is why he is stuck on this case no one wants. He is being punished for not knowing how to turn a blind eye to the shortcomings of his superiors.

MARSHLAND is a straight-up drama on top and underneath it has points to make about a society learning to come to terms with a dark political legacy. As Pedro and Juan investigate further into a town that is hiding the multiple deaths of innocents, it becomes clear that they are easy targets wandering out on the endless marshes. No one cares about the missing girls and they care even less for the city detectives. Arévalo and Gutiérrez are gripping in their roles. 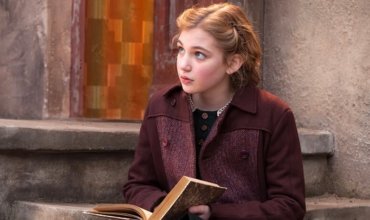