American John McEnroe Jnr was a major figure in professional tennis from the late 1970s and into the 1980s. He captured international attention as he played the major tournaments because he started as an unknown amateur eighteen-year-old who quickly showed amazing skills up against the champions of the time, like Jimmy Connors.

What this new feature-length documentary MCENROE does, is it drops us into the era from the get-go and soon we are soaking up the feel of the time as we are introduced to the names and faces of 1970s tennis. McEnroe narrates the story and he characterises himself in his early years as a “boring” kid who was great at tennis. He and his two brothers are strongly influenced by their father, John Snr, who instilled ideas of achievement in his sons. In his narration, McEnroe explains that both his parents insisted on the best from their children. He was the oldest son and took these messages to heart, and as we discover, other people in his life describe the champion as a perfectionist.

In a remarkably short time, the boring kid was winning. Connors was his first great opponent and he felt the older player brushed him off, both on the court (at first) and behind–the-scenes. On the other hand, another player, Vitas Gerulaitis, took McEnroe under his wing and showed him what life could be like as a touring professional.  Gerulaitis was extremely popular and always knew where the parties were and McEnroe was keen to be there. His world suddenly included being at Studio 54 and meeting people like Muhammad Ali, Tina Turner and Meat Loaf. It also included plenty of booze and marijuana. Or as McEnroe says, “the opposite of performance-enhancing drugs”.

The structure of the documentary is mostly linear and this is represented in an unusual way. We watch current McEnroe walking through a representative night and day across urban and desert landscapes. Some of these locations coincide with actual places in the story, like the tennis courts near his childhood home of Douglaston. This physical journey is also interspersed with transitions that turn McEnroe and the physical world into 3D wireframes. Perhaps this is supposed to indicate what lies underneath McEnroe’s world, but this reviewer found it distracting and silly.

The talking heads that comment on McEnroe’s journey through life are an interesting group. There are other players and champions like his doubles partner Peter Fleming and Billie Jean King and famous musicians like Chrissie Hynde and Keith Richards. The great  Björn Borg is also on hand and gives a fascinating insight into their famous rivalry on-court and their friendship outside of it. He and King also give us a rare glimpse into what elements the greatest players share.

The other observers who share their views on McEnroe are his brothers Peter and Mark; his children with Tatum O’Neal – Emily, Shawn and Kevin, and his children with Patty Smyth – Ava and Anna. Smyth is the singer and songwriter best known by many from her time with the 1980s band Scandal (Shootin’ at the walls of heartache, bang, bang!). We hear from her about the development of their relationship and family. From her we get an idea of who he is now and the man he became outside of tennis.

We see very clearly that in his younger days, tennis was the focus and he travelled constantly within the United States and internationally, to play as much as he could. But in his down-time he learnt guitar and sometimes he partied on stage with those famous musicians. He absolutely played hard and played hard (geddit?) These details are illustrated with well-chosen home videos and a copious amount of archival media footage.  He was famous when he met and married Oscar-winning actress Tatum O’Neal, and the union of this celebrity power couple drove the paparazzi crazy. McEnroe had run-ins with numerous photographers as he felt them crowding out him and his family members at airports and events.

His relationship with the media was fractious from early on as they, particularly the British tabloids, reported on his displays of temper on the court. They dubbed him Superbrat and the name followed him throughout his playing days.  McEnroe frequently challenged umpiring decisions, which wasn’t the done thing. And he was loud, abrasive and sometimes very rude in the way he did this. This behaviour entertained some and alienated others. McEnroe was particularly aggrieved at the attitude of the British umpires because he perceived their attitude to be snooty and he comments on wanting to push back at the “stuffed shirts”.

Writer and director of MCENROE, Barney Douglas has made two other sports-themed documentaries WARRIOR (2015) and THE EDGE (2019). Here he harnesses considerable resources and different points of view.  Ultimately, Douglas gets the subject to speak interestingly about himself. In a way, McEnroe is puzzled about who he is. However, he speaks very directly and honestly about his life. Which sounds paradoxical. There are many other paradoxes, too, which are presented to us through the various forms of storytelling that Douglas has chosen to create this fascinating tapestry of a biography.

MCENROE is an excellent time-capsule of the man’s playing history and an entertaining and absorbing attempt to present who McEnroe has become in his 63rd year. 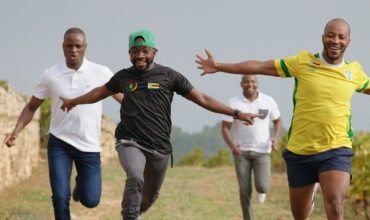 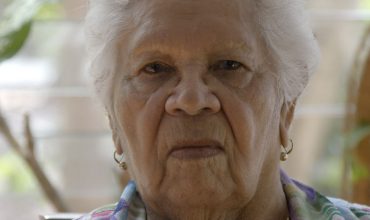