In my teens, quirky ‘coming of age’ films were my movie of choice.  I ate them for breakfast, lunch and tea. So you could say I’m quite critical of the genre….

ME AND EARL AND THE DYING GIRL tells of Greg Gaines, an awkward high school senior whose secret to success is staying detached from everyone. He is forced to abandon this winning tactic when his mother insists he spend time with a girl in his class who is diagnosed with cancer. A genuine friendship blooms.

Winner of the 2015 Sundance Grand Jury Prize and the Audience Award, ME AND EARL AND THE DYING GIRL is clearly going to be a likeable film.

Based on the novel of the same name, the screenplay was written by the same guy who wrote the book (Jesse Andrews) and was shot in the author’s childhood home….so it’s fair to say this flick is pretty true to the source material.

ME AND EARL AND THE DYING GIRL is reminiscent of 2007 indie flick JUNO; it’s got enough quirk to be different and hold artistic integrity, yet is mainstream enough to appeal to the masses.

It’s undeniably well written and well directed; a good pace is maintained and, for the most part, there is an almost perfect balance of comedy and drama (the end is a little heavy handed, but this is a small complaint).

The cast is natural and believable – they even manage to do the whole ‘teenage angst’ thing and still remain likeable.

Visually, the film looks great. The soundtrack is unexpected at times, but in a good way. It helps heighten the comedy (and drama).

As with most coming of age films, parts can get a little tedious as the characters, blinded by their own ignorant youth, seem totally and utterly consumed by drama that is (ultimately) unimportant in the grand scheme of life…but this comes part and parcel with the genre.

The same can be said for the self-indulgent tendencies of indie films – it’s like an unwritten rule that indie filmmakers have to subtly (or not so subtly!) squeeze in as many ‘unconventionally cool’ references as they can. I can’t help but roll my eyes at times.

Sweet and funny, quirky but accessible, ME AND EARL AND THE DYING GIRL is a wonderfully cute little film that is perhaps not as groundbreaking as it’s trying to be, but is still full of heart and integrity. I rate it 7 stars. 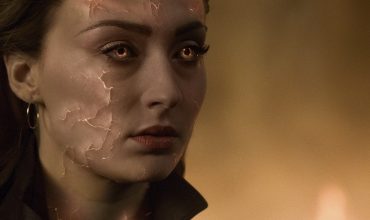