When Shirley Moochmore, the mother of five girls is committed to a mental institution, her husband Barry picks up Shaz, an eccentric and inspiring hitchhiker, who becomes the girls’ nanny and transforms their lives.

When MURIEL’S WEDDING hit Australian screens 17 years ago it made an impact. Australians paid to see it in droves. It won AFI awards. It spawned the catchphrase, “you’re terrible, Muriel.” It made stars of Rachel Griffiths and Toni Collette. Although some regarded the movie as broad and unfunny, most thought of it as a light-hearted comedy that showed the brash, larrikin side of the Australian character. It was released in the same year as PRISCILLA, QUEEN OF THE DESERT, and for one brief, day-glo moment, the dream was that the Australian Film Industry would dominate world cinemas with bright, ABBA-infused, Aussie-accented, conformity-flouting, gay-positive entertainment.

It was not to be, however. We got a little ahead of ourselves with that line of thinking.

MURIEL’s director PJ Hogan, did however go on to make the smash hit MY BEST FRIEND’S WEDDING (1997). as well as his personal favourite PETER PAN (2003) and CONFESSIONS OF A SHOPAHOLIC (2009). His body of work is not prolific, but he has made himself a career in the movie business. This point is worth making because in many senses, his latest offering, MENTAL, represents a return to MURIEL territory. The charitable may call it Hogan going back to his roots, the less kind might dub this movie “Muriel 2.0”

The story begins when Shirley Moochmore (Gibney) is committed to a mental institution by her husband, the philandering Barry (LaPaglia). Their five teen and preteen daughters need looking after, but Barry has no idea who could do this, he just knows he has no interest in taking on the job. He has a brainwave and decides that a hitchhiker, whom he sees by the road, would somehow be the perfect baby-sitter for his children. He believes she’s trustworthy because she has a dog. The hitchhiker is Shaz (Collette) and her dog is Ripper.

Shirley Moochmore and her daughters are not respected by their neighbours, despite Barry’s job as Mayor. It is generally held that she is not a good mother and the girls are allowed to run amuck. Consequently, as a way of coping with their social status and uneven parenting, the Moochmore children have diagnosed themselves as “mental”. However, their new unqualified nanny Shaz, has a different view of what ails them and sets about fixing the situation.

But some people are never satisfied, are they? Certain reviewers, who write for online movie websites called AccessReel.com for example, can be notoriously hard to please.

Yep. I found MENTAL a slog to get through. The dad in local government who doesn’t care for his family. The loving, passive mother who breaks down. A character whose life force changes those around her. All of these ingredients were in MURIEL and are repeated in MENTAL. Where the first film has ABBA songs, this one uses chunks of the SOUND OF MUSIC. Muriel lived in Porpoise Spit; the Moochmores are from Dolphin Heads. The list goes on, people.

To be fair to Hogan, he says both films are based on his childhood and adolescent experiences, so that would explain some of the repetition. This may also explain why MENTAL feels like a throwback to an earlier version of Australia where ocker names were the go. Shirley. Barry. Shaz. Ripper. There are no Jaydens, Madisons or Dakotas in Dolphin Heads. Obviously, the suburban conformity that MENTAL attacks is out there, but the specificity of our current brand of “Keeping up with the Joneses” is not addressed.

Hogan wants to make points about mental health, race, sexuality and the need for families to be well parented and to stick together. There are times where he achieves this, when the colourful antics are dropped and scenes play out with emotional impact. Hogan certainly knows how to direct for performance. The cast is strong, as well as Collette and LaPaglia, Deborah Mailman, Kerry Fox and Caroline Goodall all have good moments. Rebecca Gibney gains some kilos, straps on some padding and throws herself into the role of Shirley Moochmore. American actor Liev Shreiber plays a shark hunter called Trevor Blundell and he pulls off a very believable Australian accent. Newcomer Lily Sullivan plays the oldest of the daughters and she does a great job in her role.

So I’d describe MENTAL as the proverbial Curate’s egg. (Google it.) I didn’t laugh very often. I enjoyed some of the acting. I thought the story was overlong and a little confusing, but also found some of it moving. Some of the preview audience got big laughs out of this movie and applauded at the end.

There are advanced screenings of MENTAL in some cinemas this weekend (September 29-30) and it begins its season on Thursday October 5th. It runs for 116 minutes and I give it a rating of 5/10. 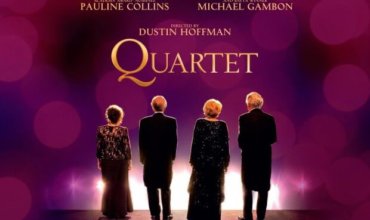 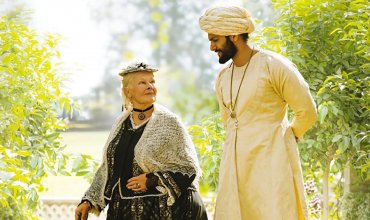