Sir Arthur Conan Doyle’s fictional detective Sherlock Holmes has been interpreted in a myriad of ways. According to our friend the Internet, the character has been played by 75 actors in 211 movies. The latest incarnation is something rare, an ageing Holmes (Ian McKellen), unaccompanied by Doctor John Watson. It is 1947 and his detecting days are thirty years in the past. He spends most his time in a Sussex farmhouse trying to rewrite his last case. He doesn’t believe Watson got the details right. Unfortunately, 93-year-old Holmes is not at the height of his powers. His memory, in particular, is not what is was.

On the occasions his mind snaps back into focus, he shows traces of his old observational skill and deductive brilliance. On hand to see this, are his housekeeper Mrs Munro (Laura Linney) and her son, eleven-year-old Roger (Milo Parker).  Roger is something of a fan of Holmes or at least the version of the detective portrayed in the stories of Doctor Watson.  Holmes is impressed with Roger’s quickness of mind and he shows the boy the pages of the case he is rewriting.

The actions flashes back to 1914, when Holmes was in his 60s. A man named Thomas Kelmot asks Holmes to investigate what his wife Ann Kelmot is doing in secret. Holmes follows her through London as she meets various suspicious types. He picks up clues and forms his theory. This process is presented in segments which are the fragments that the 93-year-old Holmes is capable of retrieving. There is also a more recent set of memories from Holmes’ trip to Japan looking for the prickly ash plant.

MR HOLMES is based on Mitch Cullin’s novel A Slight Trick of the Mind. The screenplay is by Jeffrey Harcher and is directed by Bill Condon. The whole package is very prestigious indeed. McKellen is terrific as Holmes. Sometimes he’s a curmudgeon, at other times he drifts along struggling to construct his memories and at other moments, he is as sharp as he ever was.

McKellen conquered British theatre long ago and playing Magneto and Gandalf have made him an iconic pop cultural figure. His version of Holmes is a delight. The but that you sense that is about to pull up to the kerb in a hansom cab has to do with the concept behind this tale, rather than anything to do with McKellen’s performance. Surely, our joy in seeing a Sherlock Holmes mystery is in witnessing him being more brilliant than anyone in the room, or indeed more brilliant than anyone in the British Empire. Seeing the story of MR HOLMES unfold, I experienced something of the feeling I had when I watched Meryl Streep playing the elderly Baroness Thatcher in THE IRON LADY (2011) . This no doubt says more about the reviewer than the film. As a meditation on ageing and the passing of one’s best days, MR HOLMES has points to make and is moving, at times.

Laura Linney is good, Hattie Morahan is notable as Ann Kelmot and young Milo Parker is excellent. And yes, the Internet agrees that he looks a lot like the young Thomas Brodie-Sangster. The film as a whole is an entertaining and thoughtful way to spend 104 minutes in the autumn years of the great detective. MR HOLMES is screening in selected Australian cinemas. 6/10

Note: Filmheads should keep an eye out for a cameo by Nicholas Rowe who played YOUNG SHERLOCK HOLMES for Barry Levinson in 1985. 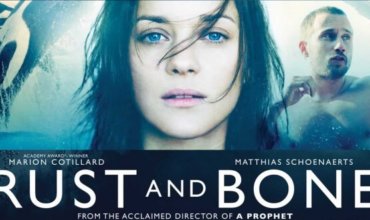 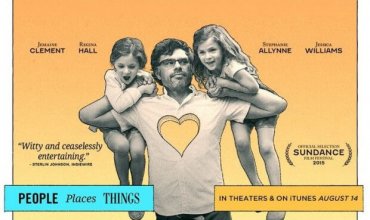