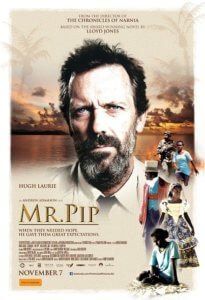 As a war rages on in the province of Bougainville in Papua New Guinea, a young girl becomes transfixed by the Charles Dickens novel Great Expectations, which is being read at school by the only white man in the village. In 1991, a war over a copper mine in the South Pacific tore the island of Bougainville apart. The reclusive “Popeye” (Hugh Laurie) offers the children in fourteen-year-old Matilda’s tiny village an escape with Charles Dickens’ Great Expectations. But on an island at war, fiction can have dangerous consequences.