Fresh from prison, a street racer who was framed by a wealthy business associate joins a cross country race with revenge in mind. His ex-partner, learning of the plan, places a massive bounty on his head as the race begins.

The latest in video game to film adaptations is here with the Scott Waugh directed Need for Speed starring Breaking Bad’s Aaron Paul. Waugh, still fresh to the directing side of things was behind 2012’s Act of Valor before directing this film from a screenplay by writing newcomer George Gatins.

Gatin’s screenplay for the film proves barely passable at weaving together a story to serve the feel and action that Need for Speed is going for. None of the characters are particularly well developed, and there’s definitely a tendency towards style over substance.

Unfortunately it’s all highly predictable from the opening scenes, so much so in fact that major plot points becoming screamingly obvious well before they are depicted on screen. You could arguably say this about many films but when there’s so little else going on such is the case with Need for Speed it becomes even more apparent as to what’s about to happen.

Despite not having many story threads, the film still manages to mistreat the plot hooks that are included. We see early scenes with characters that should maintain a presence and a theme throughout the film simply disappear only to have a brief reappearance at the end as if to wrap up a story arc. Overall characters are pretty thin all round, leaving little engaging content to really give the audience someone to care about.

That said, overall the film does effectively capture some of the elements and themes from several of the Need for Speed games. It utilises these hooks purely to setup several races that echo the focus of the games including the types of cars, the street races and the underground personalities involved. Most importantly however the film includes something that no Need for Speed game is complete without, plenty of police pursuits.

The action and the races are adeptly filmed, primarily utilising practical effects gives the film a nice visual contrast against many other visual effects heavy releases. Unfortunately there are a few moments of sloppy editing that creep in, however the action keeps things flowing and is generally invigorating enough to have a good time with.

Aaron Paul of course is coming off much acclaim from his work on Breaking Bad which wrapped up recently, Need for Speed doesn’t really give him much to work with by comparison, he’s sound in the role without delivering anything memorable here. Imogen Poots displays a bit more charisma and manages to articulate a likeable charm, Michael Keaton yet again is a highlight but a little less so than in other recent performances while Dakota Johnson and Dominic Cooper are left with far too little material to leave much impact on the film.

Need for Speed still manages to deliver a fun time at the movies, it’s full of plot holes, mediocre writing, and underutilised characters but by the same token it captures some classic Need for Speed moments, its action is well constructed and there are a few funny moments in there (intentionally or not).

I’m giving it 5 out of 10 stars, it’s currently showing in cinemas around Australia. 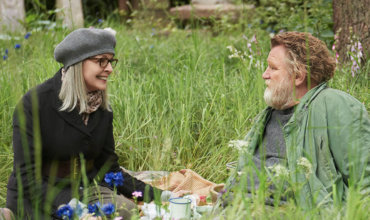