“A court ought not be affected by the weather of the day, but will be by the climate of the era.”

And so it was. For those who weren’t already aware of the force-of-nature that is the Notorious RBG after the 2018 documentary that examined her decades of work as well as her rise to pop culture fame, On The Basis Of Sex provides another reason to give the name ‘Ruth Bader Ginsburg’ a Google.

On The Basis of Sex is a biopic about Supreme Court Associate Justice Ruth Bader Ginsburg, directed by Mimi Leder and written by Daniel Stiepleman. The film focuses primarily on her humble origins and her groundbreaking 1975 case that set the precedent to overturn gender discriminatory laws and led to her nomination to the Supreme Court. Ruth (Felicity Jones) and her husband Martin (Armie Hammer) both study law at Harvard while raising a young family – Jane (Cailee Spaeny) and James (Callum Shoniker). Ruth is smart, hard-working, and above all determined to change the world (and the law) so that men and women are treated equally. Nothing will stop her – from her husband’s sudden illness, to an obnoxiously outspoken teenage daughter, to all the various men that insist on reaffirming that she is too ‘woman’ to make a difference. On The Basis Of Sex also notably stars Justin Theroux, Sam Waterston and Kathy Bates. 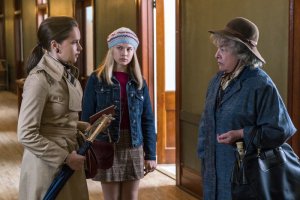 The film finds a good balance between providing enough legal jargon to make sense of the case, but not too much as to overwhelm the viewer. Ruth rallies for a slow yet profound legal change over the unruly riotous movements of the 1970s, and this means the film itself is a little slow, skipping many significant hardships in Ruth’s life in order to lay out the events and facts leading up to a single tax fraud case. What Ruth’s origin story teaches is that if you want something to change, you must convince the men in power that it is men, not women, who will suffer at the hands of unjust laws.

The accuracy of the portrayal is, of course, impossible for an audience to determine, as the genre of biopic allows a little creative licence in a retelling. Jones as Ginsburg is more harried woman and less compelling ‘force to be reckoned with’ than feminist audiences will be anticipating. Having said that, she is undeniably made realer than many other film heroes. She’s as fallible as the rest of us, often downtrodden and defeated in the face of adversity.

Perhaps, when dissecting an earlier time period, particularly one known for its blatant and institutionalised sexism, through an overt feminist lens, it is better to be more subtle, as this film is in parts. However, the film’s primary emotional leverage and comedy relies on comments now understood to be outrageously sexist, made shocking by temporal distance and a shift in social awareness. This feels overplayed, resulting more in eye-rolling than viewer sympathy.

While Ginsburg’s impact has been life-changing, On The Basis Of Sex is somewhat anticlimactic, and honestly a little boring. A film with such a topic in today’s political climate could stand to be a little more stirring, a little more profound.

On The Basis Of Sex is in cinemas now. 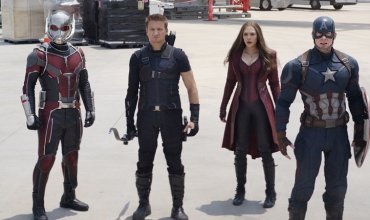 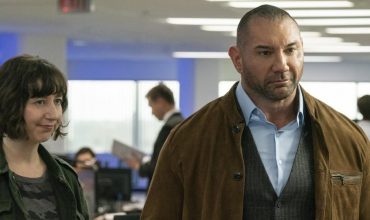