One Direction: This Is Us is a captivating and intimate all-access look at life on the road for the global music phenomenon. Weaved with stunning live concert footage, this inspiring feature film tells the remarkable story of Niall, Zayn, Liam, Harry and Louis’ meteoric rise to fame, from their humble hometown beginnings and competing on the X-Factor, to conquering the world and performing at London’s famed O2 Arena. Hear it from the boys themselves and see through their own eyes what it’s really like to be One Direction.

Directed by Morgan Spurlock who became famous almost ten years ago by making a documentary called SUPERSIZE ME takes us into the world of the five most recognisable lads in the world. He gives us an insight into how hard this boy band work and their crazy lifestyle change after their X-Factor journey ended.

The film starts with a hint of enthusiasm, we get to see where they came from before X-Factor drastically changed their lives. We hear the ‘what if one of us didn’t audition’ and ‘If I didn’t do this I’d probably still be working at the bakery’. This was interesting nonetheless, as we get to see a more serious side to the boys – that they aren’t as pretty as they appear to be. We see Spurlocks humour as a brain neurologist explains the teenage girls aren’t just plain mental, but instead they’re just really happy. A nice laugh for the parents who had been dragged along by their teenage daughters.

That’s just it; the teenage girls. It is repeated numerous times that the band wouldn’t have so much success if it wasn’t for the fans. Without Twitter and Facebook there’s no telling how quickly he boys would’ve rose to fame, or if they had at all. I recall Simon Cowell mentioning “…not even The Beatles were famous so quickly”. Well, maybe The Beatles would have been if Twitter and Facebook existed in the 1960s.

Not that One Direction are just any other boy band. They’ve sold some nineteen million singles and ten million albums since 2010. Ironically they can’t dance, but that doesn’t mean they aren’t good. In fact, after watching the film, their shows do look enjoyable as they all have this ‘down to earth’ quality and seem like the best of friends. It’s kind of hard to dislike them.

We also get to see the boys food around backstage, but I do wonder how much of this was actually planned and was any of it really genuine? Just minutes before they were due on stage for a show or rehearsal or whatever it was they needed to do, it took the bands security guards to chase them down (literally) and round them up which did create a sense of unprofessionalism for me.

An act maybe? I’m unsure. It felt like we got to know these boys a little more, including the work they do for charity plus the rather intense work schedule. But that’s just it. There’s no real heavy insight, depth or something a little more interesting than what we already know – or what the teenage girls already knew. Which is probably the reason we don’t see any profanity, scandals, ‘sex, drugs and rock and roll’. There’s no misbehaving other than them fooling around and harmless jokes. There’s nothing in this film that could potentially put a black dot against their names.

Was this purely a marketing ploy that cost 50 million dollars, maybe… but for the fans, it’s not just a movie. I rate it 5 out of 10 stars. 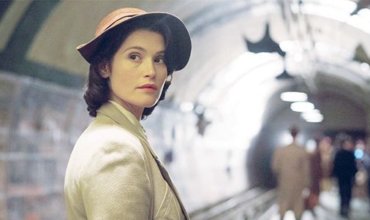 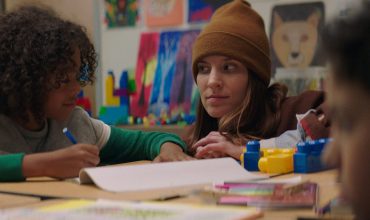