Actor, writer, producer, director Zach Braff ‘s new movie has arrived. WISH I WAS HERE is a dramedy about a thirtyish, unsuccessful actor who has to pull his life and family together when his father is diagnosed with cancer.

Mr Braff and his movies tend to polarise audiences and critics.  Perhaps it’s audiences that love his films and critics who don’t, sadly there are no authoritative university studies we can refer to. Braff aims unashamedly for the emotions of filmgoers. And on the evidence of his latest offering, directed by Braff and co-written with his older brother Adam, he has grown more skilled at tugging at the heartstrings.

Zach Braff plays Aidan Bloom a man-child who needs to grow up (of course). He has two funny, smart kids and somehow has persuaded their mother Sarah, played by Kate Hudson, to marry him. She works in an office job that she despises and has mostly supported his dream of becoming an actor. His father Gabe (Mandy Patinkin) is a tough, emotionally distant man who never fails to register his disapproval of his son and what he considers his terrible life choices. He is equally disapproving of his younger son Noah who is single and lives in a trailer by the ocean. Gabe’s imminent death pushes the Bloom men into reconsidering their painful, detached relationship with each other.

This is quite familiar territory and certainly sounds less compelling described than it actually plays. Some people do spend much of their lives getting over their childhood. Noah and Aidan represent two different responses to the same pain. The Braff brothers’ script puts some ugly words in patriarch Gabe’s mouth, however we do see why he is so disappointed. The script has some nuance and every character is given the opportunity to show more than one dimension.

Interestingly, Braff also delves into Aidan’s uneasy feelings about being Jewish. Braff was raised in an observant and kosher home, but said for him the religion “didn’t stick”. Aidan shows his discomfort through sarcastic quips. Gabe is making sure his grandchildren are religiously schooled by paying their yeshiva fees. This brings out the worst in Aidan who hypocritically accepts the situation because the local public school is so lowly ranked.  Gabe’s illness shows Aidan he doesn’t have the spiritual resources to deal with death. He is confused and scared by what’s coming.

My slight reservation to this film can be summed up with a well-known American-Yiddish term: “schmaltzy”, meaning overly sentimental. There are genuinely moving moments in this picture. Most people can connect with the emotion of a dying parent. However, Braff’s instincts often seemed schooled by his television training on Scrubs. He has a habit of landing an emotional beat and then pushing it too far. Also in the “too far” category are the confusing sequences involving Aidan imagining himself as a storybook-style spaceman.

Braff excels in his handling of actors. Mandy Patinkin is strong as Gabe. Kate Hudson is refreshingly not her rom-com self. There are some welcome jagged edges to her Sarah character. Pierce Gagnon who plays the son Tucker and Joey King who is daughter Grace are both very natural. Josh Gad, whom I usually find too twitchy in his comedy roles, is satisfyingly self-involved as Noah.

WISH I WAS HERE was partially crowd-funded and was promoted as a successor to Braff’s indie hit GARDEN STATE (2004).  It is definitely the work of a more mature filmmaker. It is less showy and more polished than his debut film. He is attempting to tackle the issues that affect a middle-class American man of his age. He never forgets the need to entertain, yet sometimes this is at the expense of the truth of his story. I believe Braff fans will find plenty to enjoy and mull over here. 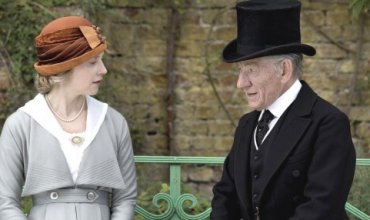 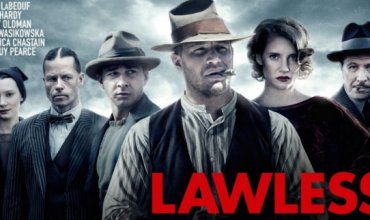