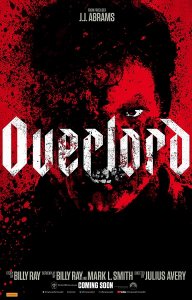 On the eve of D-Day during World War II, American paratroopers are caught behind enemy lines after their plane crashes on a mission to destroy a German Radio Tower in a small town outside of Normandy. After reaching their target, the paratroopers come to realize that besides fighting off Nazi soldiers, they also must combat against horrifying, bloody, and violent creatures that are a result of a secret Nazi experiment.