Most of you perhaps haven’t heard of Overlord – an R rated war movie that involves Nazis and it has already made back more than its budget at the box office, even with its rating and limited release worldwide.

Corporal Ford (Wyatt Russell) and his soldiers are on a mission to take out a secret radio tower to stop the Nazis and to help clear the skies for air support during WWII. In an mid-air battle, their plane explodes leaving them with very few soldiers alive. The survivors, including Corporal Ford and Private Boyce (Jovan Adepo), gather what they have left and head to the French village that was their intended destination. Along the way, they find an ally in a young local named Chloe (Mathilde Ollivier), but an unforeseen ghastly discovery ends up threatening their mission and lives.

This film wastes no time in making an impression within the opening scene, it involves an impressive fiery plane, bombs and parachutes. This action sequence sets the tone for the rest of the movie, a very intense tone.

Overlord accomplishes a number of notable factors – especially in the development of great villains, in particular the dreadful Wafner, who is played by the talented Pilou Asbaek. Having Nazis involved in the plot automatically makes them the sickening human monsters in most people’s eyes, but turning them into “super soldiers” through medical experiments transforms them into horror monsters on a whole new level.

Billy Ray (writer) similarly created great characters to draw viewers in, such as Private Boyce, an incredibly likeable under dog who audience members will instantly care about and want to see him succeed. Corporal Ford’s character has some questionable beliefs and motives at certain times but it further adds to the force of the movie. On a side note, if he looks familiar it’s because his parents are Kurt Russell and Goldie Hawn. Chloe is not a damsel in distress in need of constant saving which is refreshing to witness in such a violent war movie.

As mentioned previously, Overlord is rated R even in Australia, which indicates the level of gore and brutality the movie contains. It is bloody but also has plenty of fun with it to ease the tension along the way. Some have compared the gore to B grade movies but Overlord does restrain itself without going camp and over the top. With that being said, this is certainly not for the faint of heart – there is a particular scene that made everyone wince at the screening, even this gore loving movie critic.

Credit has to be given to Billy Ray, Director Julius Avery, Producer J.J Abrams and the studio for not toning down the content to an M rating in order to cater to the mass audience.

I do have to point out that this is not a zombie movie, if you are expecting to see lots of flesh eating zombies TWD style then you will be left disappointed. There are three scenes involving creatures which can be classified as “zombies” but overall, it’s simply humans who have been horrendously tortured by Nazi doctors.  Overlord should be seen as a horror war film and it is better than most of the movies in that genre.

In conclusion, Overlord is an intense thrill ride from start to finish. Not one to miss on the big screen if you love horror war movies. 8/10

Overlord is in selected cinemas now, you can also hear our interview with Director Julius Avery here. 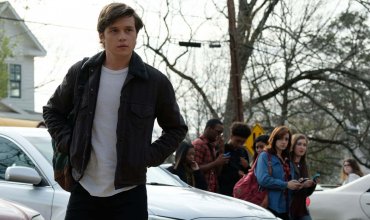 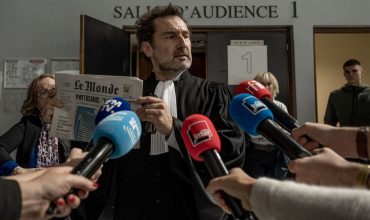