A small-time magician with dubious ethics is hurled off to an enchanting land, where he encounters three witches, as well as the opportunity to transform himself into a great wizard — and an even greater man.

‘Oz the Great and Powerful’ returns Sam Raimi to the big screen as a director for the first time since 2009’s ‘Drag Me to Hell’, prior to that of course he was busy with his take on the Spiderman franchise which wrapped up somewhat disappointingly in 2007 with Spiderman 3.

His new film ‘Oz the Great and Powerful’, takes its inspiration from the novel ‘The Wonderful Wizard of Oz’, and serves as a prequel to the story of Dorothy told in the classic 1939 film ‘The Wizard of Oz’.

Raimi serves as an excellent choice for director in many respects, the opening sequence to ‘Oz’ brings a classic sense of filmmaking that helps set the tone for the entire film, and Raimi’s eye for this world building is a credit to the film. After a brief sequence in Kansas and the introduction of our main character we are quickly whisked away to the fantastical land of Oz

The visuals presented throughout the film are a spectacle to be enjoyed, Oz is displayed with a sense of wonder, bright vibrant colours and landscapes that immerse the audience in this setting. Choosing to forgo a sense of realism, the look of the bulk of the film (much like the story) has a fantastical and intangible quality that works with the tale being put up on screen.

Narratively however ‘Oz’ is quite simply very familiar, and very predictable. The Wizard’s character arc is blatantly obvious from the opening scenes, and the plot structure is quite obvious long before the credits roll. Any viewer who takes a moment to distract from the colourful display will have the entire film mapped out in their head and will be waiting to hit each story beat with little surprise along the way (though to be fair this is a prequel, we know the where the end point needs to be).

As mentioned however there’s visually a lot happening and most of this looks great on screen, the sets, the landscapes, and the CG characters look great with a visual style that matches with the story. In some instances though primarily with the characters and more tangible objects, things look overly polished and this turns out to be less effective than when applied to shots that are mostly visual effects anyway.

In terms of performances I found Michelle Williams to be the stand out of the film, even when the focus is not on her the attention to detail in her facial expressions and mannerisms encapsulates the character so effectively I found her scenes always a pleasure to watch. Mila Kunis and Rachel Weisz were also great in their respective roles, clearly having fun and making the most out of ultimately is not a lot of material to work with. Kunis in particular whose story arc is handles a little clumsily while Weisz is mostly shoehorned into the same beats throughout the film.

The interesting casting choice here is James Franco as the Wizard. James Franco is a wonderful actor and at times he works really well as the Wizard but there are moments where he takes things a little too far and it produces some mixed results.

Many of the character story beats driving the events within ‘Oz’ are glossed over or abridged to say the least, and that’s going to leave those looking for something a little more immersive disappointed. A lot of the background motivations and events are left to be taken at face value with little explanation leaving it up to the audience to accept it and move on or dwell on what isn’t being explained.

Overall though as light entertainment all the pieces really do come together quite well, it’s more style than substance but there’s good performances with fun and interesting characters despite them not being explored as much as they deserve. It’s an adventure tale as we follow the core cast on a noble quest and there’s plenty of fun to be found as long as you’re not going to over think it all too much.

‘Oz the Great and Powerful’ will serve well as a fun time at the movies and is worth a viewing for those with an interest in the setting, I’m giving it six out of ten stars, it’s released in cinemas around Australia on Thursday 7th March 2013. 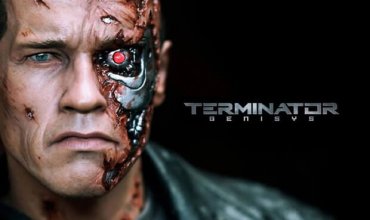 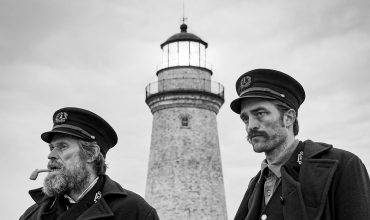