The cheeky animals from Beatrix Potter’s Peter Rabbit get the modern day big screen treatment as a live action and animated comedy.

Peter (James Corden), his triplet sisters Flopsy (Margot Robbie), Mopsy (Elizabeth Debicki), Cottontail (Daisy Ridley) and their cousin Benjamin (Colin Moody), live in the serene English countryside where they are loved and taken care of by Bea (Rose Byrne) but hated by her neighbour, Mr McGregor (Sam Neill), who threatens to kill and turn the bunnies into pies like he did with their father.

One particular day, during the bunnies’ vegetable stealing mission, Peter gets caught by Mr McGregor and after a few moments of “battle” McGregor ends up passing away from a heart attack, much to the delight of all the wild animals nearby he has terrorised during his life. 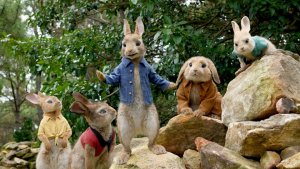 Over in London, McGregor’s nephew Thomas (Domhall Gleeson) gets the news of his uncle’s death and his inheritance of the countryside property. After getting fired, he decides to check out the property before selling it, however, as he arrives to the house he notices that it looks like a bunch of animals have moved in and caused a chaos. Unbeknownst to him, Peter, his family, and other wildlife have moved in and enjoyed the fresh produce from the garden without any threats.

As Thomas begins a clean-up, he comes across the fierce bunnies who try to get him to share the land, instead he sets out to trap and kill all of them. Unfortunately for him, he ends up falling for Bea and has to hide is disdain towards the animals she loves so much in order to win her affection.

Shot primarily in Australia, Peter Rabbit captures everything a great family movie should have. Plenty of jokes that appeal to kids and adult alike, captivating cinematography, adorable animals, and most of all a story which is fun and kind in the end. 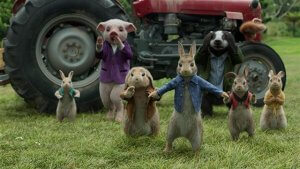 The creators have perfectly captured the mischievous yet innocent and beautiful nature of each animal featured – especially the bunnies. The mixture of live action and animation looks natural even at the most absurd moments which is a huge credit to the visual effects team (Animal Logic) and the actors involved.

There is really not much to fault with the movie, the only issue I see is the amount of kids who’ll be asking their parents for a bunny for Easter after seeing Peter Rabbit. As a bunny mum I recommend sticking to a stuff Peter Rabbit toy rather than getting a real bunny.

Overall, Peter Rabbit is simply a delightful and fun film for all. 7.5/10

Peter Rabbit is in cinemas now.

Monika Keri
Best known as the international woman of mystery and the Chandler Bing among her friends. Monika grew up in a movie loving family in Europe, which meant she was not subjected to much censorship.  Her love of all things horror and action began very early on as a result.  Despite it all, she is not as big of an oddball as everyone (including family) originally predicted.   Thinks the term "chick flick" should be banned worldwide.
7.5 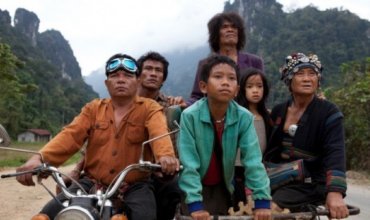 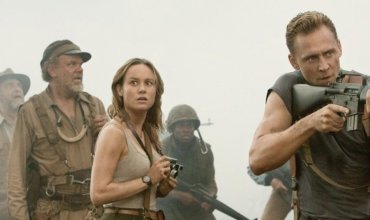