A group of high-school kids, who are infused with unique superpowers, harness their abilities in order to save the world.

It should come as no surprise with a movie industry dominated by films with pre-existing material and built in audiences, that the Power Rangers are about to have their chance at an ongoing big screen revival with the new film from relatively new comer director Dean Israelite at the helm.

With a screenplay by John Gatins, who also worked on Real Steel, Flight, and Kong: Skull Island, Power Ranger stays surprisingly close to its original TV series both in story, spirit and tone. It makes a few tweaks and reimagining’s to the core set of characters and its main villain, however this is very much a Rangers film that honours what has come before, don’t come looking for dark and gritty reboots. 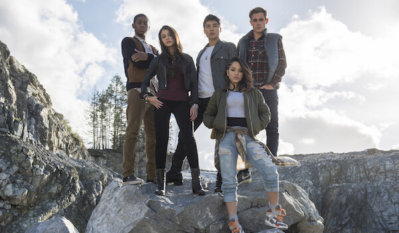 Taking place in the small town home of its five unlikely heroes Angel Grove, Power Rangers follows the same structure as an original episode almost beat for beat, with a bit more attention and time spent setting up the mythology. It efficiently introduces each of these seemingly unrelated characters, while articulating a key event or problem which personalises and defines each of them for the remainder of the film. Overall the characterisation is superficial and in most instances somewhat clichéd, but at the same time it works well enough and keeps things entertaining which is what Power Rangers is clearly striving to deliver.

Discovering their source of power and a mentor type figure the group of characters are quickly tasked with a role to save the world that conveniently keeps then close to home where they need to juggle their daily lives against this new found heroic burden. The film then spends some time on the obligatory story arc of them slowly coming together as a team, as they grow increasingly connecting over this new burden placed upon them all.

In parallel to all of this of course is the journey of villain Rita Repulsa, with limited screen time the film uses Rita’s effectively, creating a sense of looming dread for the Rangers, but also aesthetically Rita is convincingly creepy and unnerving. Over the course of the film she slides back into the more familiar and cheesy Power Rangers villain archetype.

Power Rangers manages to cram in all the elements fans would be keen to see, this includes of course the Zords for battling Rita’s oversized minions, thereby creating some big scale set pieces and fun action sequences. The filmmakers have a clear focus on fun, they manage a healthy blend of emotional stakes with hammy dialogue and overly dramatic teen dialogue against a sci/fi action story. 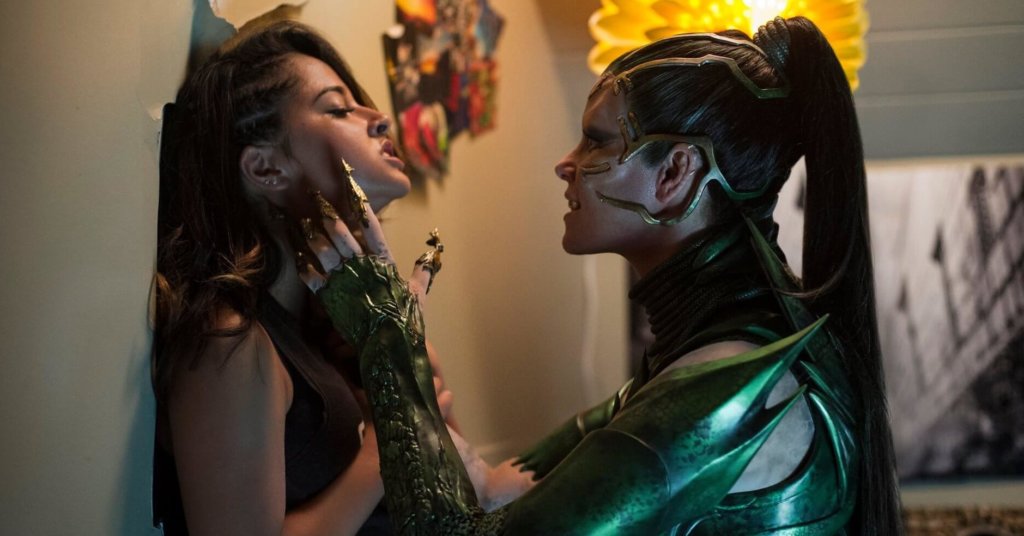 Each cast member is sound in their role, though some are given more opportunity to shine than others. RJ Cyler has a lot of mannerisms to work with, Ludi Lin and Becky G receive less focus while Dacre Montgomery and Naomi Scott get the more dramatic material to deliver on, and do so effectively. Elizabeth Banks as Rita Repulsa created a stir when her casting was announced, those issues aside she’s effective in the role and delivers an over the top scenery chewing performance that for the most part fits right in here.

Power Rangers is a film that remembers its roots and doesn’t seek to deviate from them, so by that token it’s likely to please fans but not find new ones. It’s abundant in special effects and is a polished looking film, the campy/fun elements are maintained, with the light drama to round it out. In essence it’s a reboot without a huge amount of reinvention other than the slick visuals, it’ll be interesting to see how it plays out in the coming weeks. 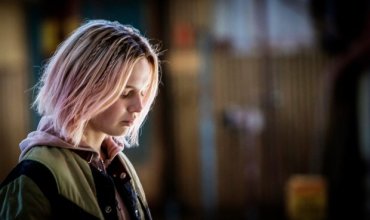