When Keller Dover’s daughter and her friend go missing, he takes matters into his own hands as the police pursue multiple leads and the pressure mounts. But just how far will this desperate father go to protect his family?

Prisoners comes from director Denis Villeneuve whose films have received a number of accolades in recent years including a nomination for an Academy Award. Villeneuve was also listed by Variety in early 2011 as one of the top ten filmmakers to watch. Alongside Villeneuve is writer Aaron Guzikowski who currently has few writing credits to his name but after this film hopefully that is soon to change.

This is to say, Prisoners is a well-constructed tale that weaves together a number of different story threads into a wider web that proves to be as interesting as it is disturbing. The characters for the film aren’t overly complex, nor do they call for a varied range of performance from the cast however within the context of the overall film the way in which they are written works effectively in service to the narrative.

Despite a number of story threads going in different directions Prisoners has been edited together with care and attention to detail so that no threads are left as throwaway items. The film turns its attention to different aspects of the story over the lengthy running time of the film (2.5 hours) however it ensures it returns to questions previously asked and explores them further.

In as much as the film is an investigative mystery tale, it is also a character study. Taking its cast of characters the film explores a number of responses to the exceptionally stressful, disturbing and horrifying scenarios that emerge. Taking more time with some characters than others the depiction of each character’s journey as events unfold and how they interact with each other is quite effective and it does so without holding back from extreme acts out of desperation.

Utilising a dark colour pallet, and making use of cold/gloomy weather Villeneuve really sets a strong tone that is persistent throughout the film. There is also some familiar but clever editing utilised at pivotal parts of the film that add to the creepy atmosphere. Villeneuve makes solid use of suspense where the film calls for it but not overly so, however given the overall length the pacing of the film does drop off a bit. The film opens and finishes quite strongly however for a time things settle into a slow burn and it overstays its welcome just slightly.

Performance wise as hinted at above, there’s not a huge amount of range being asked of from the cast, but the circumstances of the film suit that approach just fine. Prisoners is worth watching for the intensity of Hugh Jackman alone, his facial expressions and physical mannerisms are excellent and articulate the anger and conflicting emotions perfectly. Jake Gyllenhall is solid for his part, though not given quite the same opportunity to act out as Jackman is. Beyond that the film is filled with a sound cast including Terrance Howard, Viola Davis and Melissa Leo.

Prisoners explores some dark subject matter in an intense and disturbing manner. Overall it’s not going to be everyone’s cup of tea, in fact a review of the trailer is recommended before deciding on a watch if you don’t know what the film is about. But overall it’s skilfully crafted with a great performance from Jackman. 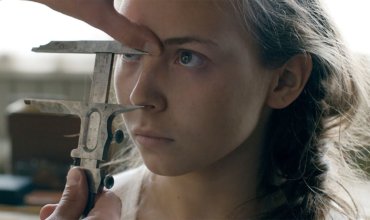 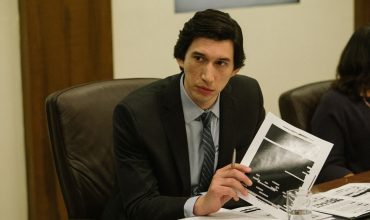